“Why rob agents? Because that’s where the money is”

Robbery and fraud are threatening a nascent market of mobile money across Asia and Africa. This blog recommends strict action from central banks and the government to curb the situation.

One of our staff was nearly lynched recently. People were piling up tyres and bringing petrol to burn him alive. He was only rescued by a series of frantic calls and the intervention of the police and the Regional Manager of the mobile network operator with whom we were working. 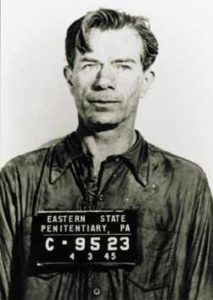 What was his crime? He was conducting an interview with a mobile money agent for MicroSave’s new Agent Network Accelerator project (see at the end). With the persistent questioning, the agent became alarmed … not least of all because one of his colleagues who operated a similar agent outlet nearby had been shot dead during an armed raid on his premises the day before.

He is not the only agent to be shot – in Uganda in the first five months of 2013 alone five agents have been killed and robbed. And our interviews with agents in Tanzania also showed a growing, pervasive fear of being violently robbed – a concern that is far greater than worries about being defrauded.

Our research shows that a growing number of agents are feeling insecure – indeed M-PESA agents in Kenya are already “fortifying” their outlets to counter growing and often violent robbery. “Armed criminals stormed a mobile money shop and ordered the operator to hand over cash. Although the agent complied with their demands, the gun-wielding criminals shot him dead.” – The Nation, May 9th, 2013. With an estimated $18 billion of transactions going through mobile money systems in Kenya in 2012, perhaps we should not be surprised that agents are being targeted. (The prolific bank robber Willie Sutton was said to have commented, “Why rob banks? Because that’s where the money is”).

Even as early as 2011, in its Agent Management Toolkit, CGAP noted that, “One aggregator for M-PESA reports that 10 per cent of agents were robbed in 2009. In Brazil, 93 percent of agents interviewed by CGAP report that being an agent increases the risk of being robbed, and 25 per cent say they have been robbed at least once during the past three years.” This significantly increases the cost of doing business. They have to invest in physical security and keep lower amounts of float (which of course reduces their ability to meet demand for large transactions and often requires them to visit the bank to “rebalance” more frequently).

Violent robbery is not the only problem that agents face. A recent MicroSave publication “Fraud in Mobile Financial Services” listed a growing array of schemes and scams designed to dupe and steal or extort money from agents. These frauds encompass the predictable efforts to pass counterfeit notes to agents, through to relatively sophisticated phishing or spoofing SMSs by customers; as well as frauds perpetrated by agents’ employees under-reporting balances.

Nonetheless, in April 2013, Safaricom noted that, “Losses to customers [on M-PESA] are at around 0.002 per cent while fraud losses to agents stand at about 0.007 per cent. The key form of fraud used is trickery.” This is of course, impressively much lower than the 3-5 per cent rates associated with credit cards … but also implies that agents lose “only” $1,260,000 each year. And, of course, often these losses will be concentrated on a sub-set of the 60,000 agents currently offering cash in/out services for M-PESA. But the good news is that MNOs, banks and agent network operators can take, and are taking, measures to manage fraud – unlike violent robbery, it is a challenge that is within their control.

While robbery and fraud do not seem to be slowing down the numbers of agents signing up, the industry needs to consider is how to keep more money digital, reducing the need for agents to carry significant amounts of cash. The growing costs for the agents threaten to significantly diminish the business proposition to act as cash in/cash out access points for digital financial service providers … and thus the commissions that agents will require to remain in the cash in/out business. This could have a debilitating effect on already fragile, nascent markets for digital financial services.

Digital financial service providers will need to work with central banks to establish central information exchanges to counter frauds. But other government ministries (Home, Law etc.) will have to move quickly to respond to the rising tide of murder and robbery if digital financial inclusion is to succeed. The question is what can/should they do?

Suggestions would be greatly welcome.