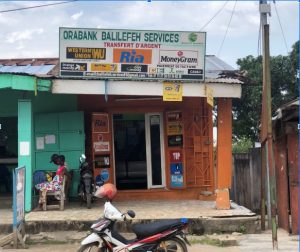 It is barely 6:30 am when the first mobile money outlets start to open in Soubré, a cocoa-producing town southwest of Côte d’Ivoire. New blue signs with a penguin mascot from Wave, a Fintech created in 2011, and the latest market entrant tower above small kiosks lining the main roads, overtaking the incumbent telecom operator Orange’s black and orange signs.

According to the telecom regulator ARTCI’s quarterly report published in March, 2021, three leading mobile network operators (MNOs) currently control the mobile money offerings in Côte d’Ivoire. Orange CI has been the leader in offering mobile money services in Côte d’Ivoire. The market share of these MNOs—Orange, MTN, and Moov—is 48.3%, 41.1%, and 10.6%, respectively.

Competition in the market was weak until Wave arrived in April, 2021. Two months after Wave launched operations, Orange’s market shares fell by 8.7%, despite a 3.2% increase in mobile subscribers, while MTN lost 1.7% of its market share. The overall total decline of the three operators was 4.6%.

The current competition between new players like Wave and the existing MNOs in the West African market for mobile money services has not only affected market share. Mobile money service providers have started a price war that impacts transaction fees and agent commissions.

Wave, an innovative model but not very user-friendly for the rural population 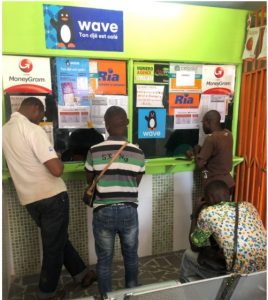 Wave’s service model is innovative and addresses many of the longstanding pain points of agents. These issues include high transfer fees and double charges for any transaction—the sender pays a charge when sending, and the receiver pays a charge when receiving. Other problems include a restrictive account opening procedure and issues with liquidity.

The registration process for smartphone owners is more straightforward and faster as it is done through an app that provides a QR code. As the penetration of SIM cards is 152% in the country, Wave developed an alternative solution for feature phone owners. A potential client must register in person, where he receives a physical QR code card to bring to each transaction—an additional requirement compared to other MNOs. Notably, Wave customers struggle to check the balance on the Wave account with a feature phone. This is something only agents can do.

Yet Wave’s value proposition is its policy of eliminating dual pricing. To the delight of the Ivorian population, deposits and withdrawals are free for Wave customers. Only domestic transfer fees between operators are priced at 1% of the transaction, while the charge for transfers to neighboring countries is 1.5%—levels below the market average. Likewise, the other operators were compelled to compete with this price and lowered their tariffs to match this new competitor.

Some people are not surprised by these tariff adjustments that have been longstanding in the Ivorian mobile money market. “So these operators have been ripping us off all this time. If today they can lower their rates, they are not honest. They do not like us. Welcome to Wave,” muses Fabiola, an agent at the Soubré market. Wave considers the tariff reductions by competitors as a small victory, as stated by Coura Carine SENE, CEO of Wave Mobile Money: “…Wave is pleased with the alignment of mobile money players to a much-criticized business model.” While this battle benefited clients the most, this is not the case for some agents in the rural areas of Soubré.

Some rural agents believe that Wave is the operator that finally understood their liquidity needs by offering a revolving fund and a phone to start operations. The player has created panic in the mobile money market. Decisions made by the competition have influenced the activities of agents in rural areas, such as blocking SIM cards, running investigative visits to ensure that agents do not offer Wave’s services when they are not exclusive agents, and reviewing commission rates.

“They blocked my transaction SIM cards from some agents (including mine) and not others for two weeks, which would require traveling to Abidjan (about 410km) to have access restored,” an agent confirmed. Except for Orange, all operators have modified their agent commissions, which will review their commissions after the cocoa trading period. 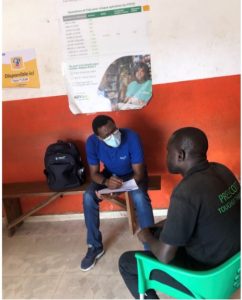 From a perspective where the issues are a fair price and customer needs, all stakeholders in the agency banking model benefit from Wave’s entry into the market because they have no choice but to be partners. The impact-based profitability is essential. However, many people question the Wave model’s performance and sustainability.

Without a universal definition of a “successful” agent network, it is still early to comment on Wave’s model.

Our research on successful agent networks and the key elements that determine their success, such as a clearly defined value proposition and a good understanding of the competition, enable digital financial services providers to build an agent network that will help them achieve their goals.

MSC has supported several entities in improving their agent network strategies, operations, and processes. We have researched to understand the agent banking environment and their motivations. We have also trained professionals to manage an agent network and provided training and support to agents to increase transactions and efficiency significantly. This support is based on interviews with more than 40,000 agents worldwide to identify the factors responsible for the success or failure of agent networks, helping our clients to improve their agent network strategies, liquidity management systems, agent selection training, and recruitment approaches. Most importantly, in a highly competitive environment, it has helped the value proposition for agents more attractive and helped reduce inactivity and churn. 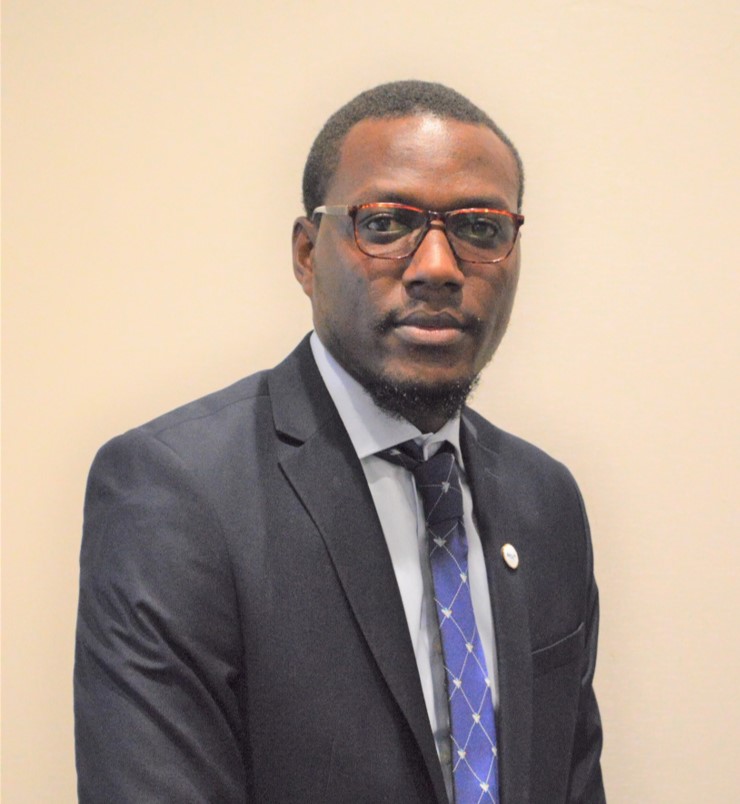