Thoughts on DFS in “Europe Minus Infrastructure” – DRC!

The blog Thoughts on DFS in “Europe Minus Infrastructure” states the recent developments and the growth of mobile money in Democratic Republic of Congo (DRC).

“Europe minus infrastructure”? This was the term that James Mwangi, CEO of Equity Group, used in an Equity Group briefing when describing and explaining Equity Banks’ move into DRC by purchasing ProCredit Bank Congo.

I have been thinking about which country might be the following some of the leading digital financial services (DFS) countries like Tanzania, Uganda, Zimbabwe, or Somalia, to offer transactions via nation-wide agent networks and thus provide financial services to hitherto unbanked populations.  For me, it is the Democratic Republic of Congo (DRC). In the DRC it is a matter of survival for many financial institutions. In a country 80 times bigger than Belgium, with 35 people per sq km, you either go for DFS, or you can leave the playing field all together.

With a population of around 67million and the country covering an area as large as Europe, the DRC clearly requires a DFS model. The population is growing at quickly and will probably reach 100 million in 2025. And only 4% of the Congolese population currently has access to financial services – from no less than 20 banks. Competition is harsh between these financial institutions, and the one discovering a real comparative advantage (DFS could be one) will be the one to win. At the same time, the country’s GDP is growing at 9% annually (as much as one can trust these numbers). Mobile network coverage is estimated to reach 50 to 60% of the population already and the country had around 22million subscribers by Q1 2014.

Evidently there are also big challenges. Infrastructure is definitely one and might even be the biggest: only 5% of roads are paved, many branches depend on generators, etc. Many banks have used the infrastructure-excuse to explain not developing a branch network – particularly in the east of the country. The infrastructure challenge also comprises the missing payment system: inter-bank reconciliation and compensation is still performed manually every evening at the Central Bank. In addition, DRC ranks as 154 on the Transparency International Corruption Index out of 175 countries. Not an easy nut to crack!

The challenges continue when looking at the client profile: A bank will have to deliver financial services to people speaking 4 languages and with a literacy rate of 61.2% (2008-2012, UNICEF).  Furthermore, providers will probably struggle to replicate the usual anchor products/value propositions from other markets. National money transfer companies, such as Amis Fideles, already offer affordable prices and, in the short run at least, people might not switch to mobile transfers. The utility companies, (i.e. electricity and water), are fairly badly managed and the MIS (often excel!) cannot interface with any bill payment platform. (At least when we tried to offer bill payments as ProCredit this was considered to be a utopic idea). The unreliable GSM network described in the GSMA on the DRC report is clearly also a major risk for a DFS market – as it will directly influence both feasibility and customer trust.

However, the different actors are clearly getting their ducks in a row:

–  The Central Bank has granted a waiver for agent network development to FINCA DRC and is learning from that experience. The banking agent regulation was promised to be launched soon.

–  Other commercial banks are already preparing to also get a license to launch agent networks.

–  Already 700,000 state employees are being paid by bank transfer.  There have been numerous issues around these payments, and when I was still in DRC, the Ministry refused to pay people via transfers since the people doing the cash handouts would lose their job (no kidding!) and since electronic transfers would shed light on around 30% of government officials receiving salaries without actually having a job with a Ministry. But these issues seem to have been resolved – progress!

Having spent 3 years in Kinshasa with Procredit Bank Congo, I clearly see that the country offers some of the ingredients for rapid progress towards DFS in the near future. As the GSMA report on the DRC points out, mobile banking might have more success in the DRC than the usual bill payment or national transfer strategies. And hopefully with the arrival of Equity Bank, financial service providers will have to wake up under the pressure of competition. Furthermore, Equity Bank comes with a wealth of experience, not only with difficult markets (including Southern Sudan), but also in developing a strong banking agent channel with today 14,000 active agents (30-day basis). In DRC, Equity will benefit from its existing partnership with Airtel, the largest MNO in DRC (market share: 28.4%). In addition, Helios Investment Partners, a shareholder of Equity holds a participation in the MNO towers in the DRC.

So there are great opportunities – and many, many challenges! However let’s look back in a year’s time and hopefully we will be able to see a real acceleration of DFS uptake and many more people will be banked. For those interested in more information on mobile banking and mobile money in the DRC, please have a look at the GSMA report “Enabling mobile money policies in the Democratic Republic of Congo“. 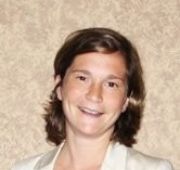