The Helix Institute of Digital Finance recently launched the Kenya Country Report 2014 as part of their Agent Network Accelerator (ANA) project which aims at increasing global understanding of how to build and manage sustainable digital financial services (DFS) networks. In this two-part interview, Dorieke Kuijpers, Research Project Manager at the Helix Institute and co-author of the report, provides insight into the ANA project and the Kenya country report

This blog was originally posted on the CFI Accion Blog

The Helix Institute of Digital Finance recently launched the Kenya Country Report 2014 as part of their Agent Network Accelerator (ANA) project. The ANA project is aimed at increasing global understanding of how to build and manage sustainable digital financial services (DFS) networks by conducting large-scale research among DFS agents and issuing training to providers and other stakeholders. In this two-part interview, Dorieke Kuijpers, Research Project Manager at the Helix Institute and co-author of the report, provides insight into the ANA project and the Kenya Country Report. The following is part two. Part one can be found here.

One of the big findings of the survey is that banks’ agents now account for 15 per cent of the agent banking market in Kenya – a threefold increase over last year. What are some of the other key developments in the market?

We have identified a number of market developments by comparing the Kenya 2014 survey findings with those of the Kenya 2013 survey. Mobile network operators (MNOs) have led the success in the digital financial services industry in Kenya and historically have been considered better in marketing and distribution than banks, which is not surprising given that many MNOs in East Africa have more clients than banks do. Nearly a decade of development later, we see this changing: banks are now making large investments in the DFS business and they are approaching it in a very different way.

An interesting finding is that although we observe a significant increase in the market presence of bank agents, the products and services they offer are in many ways additive as opposed to competing with those of MNO agents. While MNO agents are still conducting a higher number of transactions (almost twice as many as bank agents), bank agents are offering a greater and more sophisticated array of services, including bill payments, savings, and credits. Also, the median amount transacted among bank agents is roughly 50 per cent higher, which means their revenue is now similar to that of MNO agents. This is reflected in the fact that out of the 32 per cent of agents that report wanting to open a new till for another provider, the overwhelming majority of agents would like to join a bank’s network, with Equity Bank being the most popular option.

Among bank agents, in terms of exclusivity (agents working exclusively for one provider), nearly three-fourths (73 per cent) were exclusively working for one provider in 2013, where only one-fourth (26 per cent) were exclusive in 2014. We believe this indicates that banks are using a different strategy of agent selection, favouring existing agents for recruitment. More on the key developments in the Kenyan market can be found in the here.

By and large, Kenya’s agent banking is still dominated by agents serving mobile network operators. Can you give us a breakdown of the big providers by market presence? Does this change in a meaningful way across different cities and rural areas?

In summary, the banks’ share of market presence has doubled outside of Nairobi as compared to 2013, while they have expanded their networks most aggressively and rapidly in Kenya’s capital. This makes sense because banks typically use the hub and spoke model, meaning they build their DFS agent network around their existing bank branches. In the long-term, banks will want to do more to extend their agent networks to non-urban areas. Banks are generally better placed to understand lower-income customers’ needs than MNOs but will need to think about how to manage liquidity and offer operational support to agents located further from their branches.

Agents seem to be making more money by investing less time and energy. What’s responsible for these changes?

Yes, we found there to be a 15 per cent increase in non-dedicated agents (agents who also run other businesses) as compared to 2013, and that the non-dedicated agents spend a lower percentage of their time on the agency (50 per cent) as compared to 2013 (60 per cent). This points to agents diversifying their business activities and spending less time on DFS. We also see that agents are allocating less electronic float and cash, yet the number of transactions they carry out remains the same, and the profitability has increased by 10 per cent.

One of the explanations for these findings is that operating costs have decreased by 37 per cent in the last year. Because of this significant drop in expenses, agents have been able to increase their profitability without actually conducting more transactions. This may help explain why agents are more optimistic – the percentage of agents predicting they would continue as an agent increased from 58 per cent in 2013 to 80 per cent in 2014.

What changes to the agent banking industry do you envision in the years going forward?

We have observed many differences in how banks and MNOs approach the DFS industry as well as the type of products and services they offer. More recently, however, we also see convergence, and this is a trend we expect to continue.

Earlier this year, KCB and Safaricom launched the KCB M-PESA account, while Equity is partnering with Airtel to launch Equitel, a thin SIM that offers voice, data and money transfer services. We believe that these kinds of collaborations will become more common and that they will lead to greater operability through the sharing of agents and switches. With more players in the market that have a significant market presence in Kenya, we also expect to see increased competition and new market dynamics.

We, of course, hope that the recent collaborations between banks and MNOs will result in exciting innovations on the DFS front, including a range of new products and services. The Helix Institute looks forward to continuing following the developments in the Kenya market closely and training DFS providers in the country in accelerating their agent networks and designing new, customer-centric products. 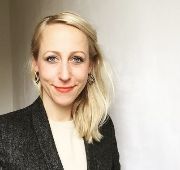