Setting Digital Credit Right – Is it Time For a Major Re-think?

Mobile money operators providers who fail innovate and adapt adequately to the developing mobile money scenario would end up losing out. MicroSave’s Graham Wright expertly highlighted a worrying trend in an article on digital credit published in January 2017. His article highlights the fact that negative listing is shutting out millions of users from accessing microlending services. This, in turn, has affected financial inclusion. Mr Wright estimates that around 2.7 million people in Kenya – around 10% of the entire adult population – have been unduly denied service. Often, as in the case of 400,000 of those folks, financial exclusion is the penalty for defaulting on loans of less than $2!

More worrisome is the fact that these consumers, who may not have fully understood the terms and conditions, then frequently return to the grey and black markets. While costs and risks abound in these markets, positive borrowing behaviour fails to be digitally captured. Such shadowy and usurious forms of exclusion are precisely what microfinance was invented to combat in the first place. This is a major regression for inclusion, as digital disruption should be all about education and democratisation.

Smartphone adoption is dramatically changing this landscape. While feature phones utilising USSD undoubtedly remain a core channel for reaching the base of the pyramid, that dynamic is shifting rapidly. In its place are emerging entirely new modes of communication, consumption and connectivity, enabled through newer and smarter devices.

These Internet-enabled, data-creating devices now connect 3.2 billion unique worldwide users. These users include not only loved ones around the corner or across a border but also an array of providers, old and new, who are ready to deliver the next wave of financial services. Among these providers are banks, microfinance institutions, microinsurance providers, e-commerce enablers, you name it. By 2020, the GSMA predicts smartphone penetration to surpass 5.7 billion subscribers.

Worldwide, mobile operators are assessing paths and gearing up to realise their potential as major enablers of the next generation of financial services. Some operators will embrace their evolution and innovate into major players in digital financial services, others will remain marred in the status quo of declining ARPU and loyalty. The providers who fail to adapt adequately would end up losing out to more innovative competitors and OTT challengers. 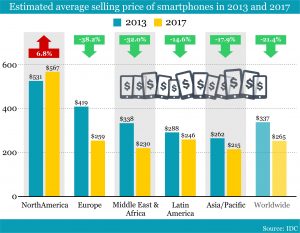 The biggest victors, however, will undoubtedly be the 2.5 billion unbanked folks, cheering on as device prices plummet and 3G/4G networks multiply.

Smartphone-driven Financial Services – a Marathon, Not a Sprint

In 2016, Mozilla released a fascinating, highly-recommended report called Stepping Into Digital Life. The in-depth research project spanned 12 months and tracked first-time smartphone users in Kenya. “Adoption is socially motivated,” the report concludes. “Owning and operating a smartphone can thereby elevate their status in society, and the resulting sense of pride plays an important role in adoption and learning.”

However, the report cited a couple of critical insights:

On its own, therefore, technology is insufficient to improve financial inclusion without concurrently solving for its entrenched legacy impediments: access, ability, and need. Financial technical literacy is a process enabled, but not resolved, by smartphones. Without engaged and educated consumers, the offerings of service providers as well as the lives of consumers will continue to be marred by risk.

Identity is the Core of Inclusion

The core of inclusion – and the inverse of risk – is identity. Who is the applicant and what is their financial history? How can they improve their standing and gain increased access? Well, problematically, 3/5th of the world’s unbanked people lack a legally-recognised form of identification. Moreover, in most countries, credit bureaus cover less than a quarter of the local population.

I recently joined a Women’s World Banking roundtable in New York City, where I came to know some startling facts. Women make up a disproportionately large share of the unbanked. For example, while 46% of men in developing countries have a bank account, only 37% of women in these countries have access to banking. The gap is even larger among those in poverty. Women who live below $2 a day are 28% less likely than men to have a bank account.

So, how do you assess an applicant without a footprint? And how do you level that playing field across gender, geography, class and access?

Meeting Users Where They Are Today

Currently, 77% of the world consumes mobile services on a prepaid basis. This implies that every year, mobile network operators process a trillion dollars’ worth prepaid top-ups – $.30 or $.40 here, $1.50 there. These top-ups are of low value, used in huge volumes, and are exceptionally inconvenient for everyone.

Because these customers predominantly transact in cash, lacking access to credit, they must travel in-person to a top-up shop to add balance to their phones. The distance is sometimes a few blocks, and often a bus ride away. Imagine doing this every week or every day, regardless of how otherwise busy or cash-strapped you may be. Imagine having to decide between topping-up your phone and buying diapers.

Prepaid Top-ups are the Formal Financial Transactions of Unbanked Consumers

At Juvo, we are rethinking digital financial services. We partner with mobile operators to provide intuitive tools to consumers in emerging markets, enabling them to create, capture and benefit from their own positive financial behaviour. Rather than focus on extending as many loans as possible, we are taking a responsible, deliberate and personalised approach to building up users’ identities to mitigate risk for all parties involved.

We believe in rewarding users for these micro-transactions, generating the building blocks for upstream financial service access. Our products offer prepaid users an engaging and frictionless journey, from anonymous SIM card to robust financial identity. The products are based on the simple, frequent and standard behaviour of borrowing and paying back digital airtime credit extensions. We leverage prepaid subscriber data to allow anyone, regardless of the quality or fidelity of their financial identity, to obtain for a digital no-fee, interest-free product loan, delivered straight to their phone within seconds. As users borrow and pay back these loans, they advance from beginner to bronze and up to diamond status. This paves the path to build up an identity and unlock innovative digital financial products.

For carriers, our solution has proven to lift Average Revenue Per User (ARPU) by 10-15%, drive loyalty, and reduce churn by 50-90%. It simultaneously adds convenience, access and identity to the financial lives of our users. All this adoption and engagement, filtered by our data scientists, results in a greenfield database of millions of well-defined and segmented prepaid mobile consumers.

The Path to Upstream Services

Every mobile operator has been repeatedly told that they are optimally situated to deliver the next wave of financial services, given their distribution networks, communication channels, massive user bases and strong brands, However – and operators are acutely aware of this – the path to mobile money success is riddled numerous obstacles. They include high cost, severe risk, burdensome or ambiguous regulations, massive account dormancy rates and, ultimately, failure.

Juvo mitigates these challenges by offering an alternate path. We reduce the risk and cost of providing financial services by generating engaged users and rewarding that engagement. We then segment our users with game mechanics and data science. This deliberate and sequential approach enables us to offer personalised, timely and targeted financial services from only the most innovative FSPs to the right users.

We partner with international FSPs, such as Mastercard and MoneyGram, alongside local providers of microinsurance, microfinance, digital credit, savings products, energy solutions, handset financing, among others, to create channel-specific products hand-tailored to our users. We emphasise on personalised offers, consumer education, and sustainable financial habits. We understand that forcing the adoption of a feature-bloated, one-size-fits-all app at an entire population demands massive behavioural change and education, as is the case with most Mobile Money Operators. Most often, this approach simply does not work. Here at Juvo, we, therefore, are banking on a personalised future of finance.

Juvo is a San Francisco-based fintech company that was founded with an overarching mission: to walk billions of people worldwide who are creditworthy, yet financially excluded, up a pathway to financial inclusion, starting with their mobile phone. Juvo’s proprietary Identity Scoring technology uses data science, machine learning, and game mechanics to create financial identities for anonymous prepaid mobile subscribers across the globe, providing ongoing access to otherwise unattainable financial services. The company has recently closed its Series B round, raising $40 million in funding led by NEA and Wing Venture Capital. 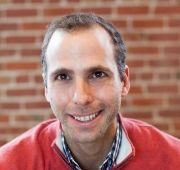