On May 3rd, India completed 40 days in lockdown due to the COVID-19 health emergency. Epidemiologists and data scientists have created simulations and models to project the impact of the COVID-19 pandemic, if preventive measures such as screening, isolation, quarantine and a nation-wide lockdown had not been implemented.

These projections have validated the necessity of these preventive measures. Similarly, the available data around fatalities, infections and tests conducted provide useful insights into the efficacy of preventive measures and the fallacies around stand-alone, exhaustive testing strategies.

Based on the data released by the Ministry of Health and Family Welfare, GoI, we looked into the Case Fatality Rate (CFR) across 17 Indian states with more than 100 active cases. The aim was to explore the relationship between CFR and the preventive measures taken by respective state governments as a response to Covid-19. Apart from individual epidemiological factors, there could be various cofactors for CFR like the medical infrastructure and facilities, availability of frontline health workers, government preparedness & response and testing rates which helps in diagnosing the cases early and take essential measures. Using the 2011 census data, we calculated the number of tests done per million population in a state. This we call as tests per million.  The other data-point that we used is the percentage of positive cases emerging from the tested sample. This we call as infection rate. 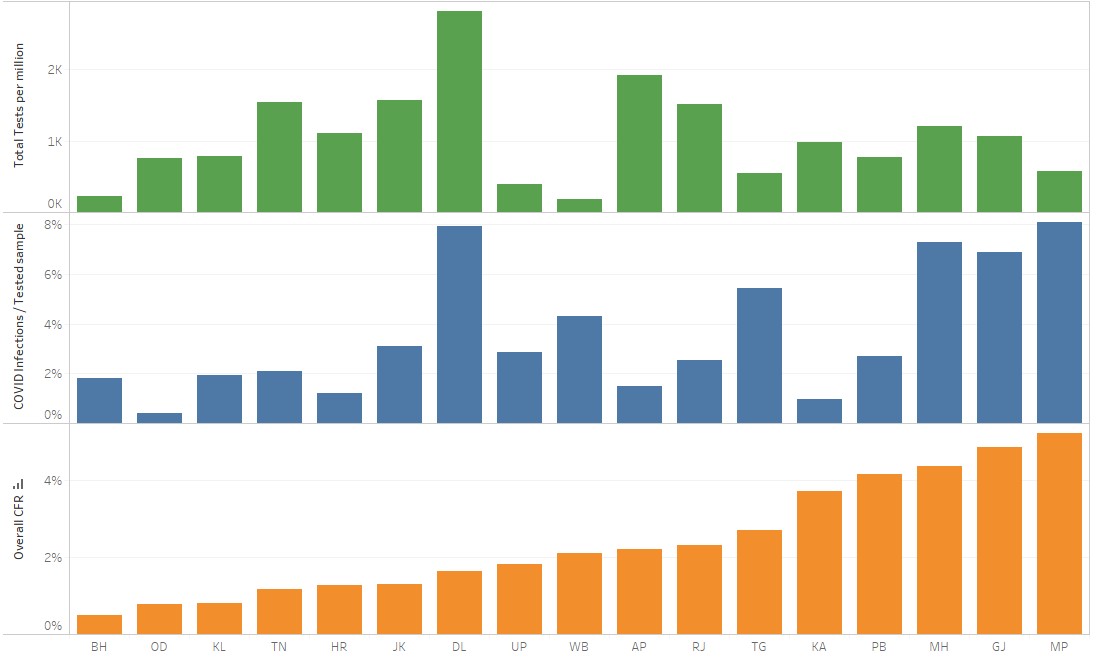 In Madhya Pradesh, more than 60% of the cases and approximately 67% of the state’s deaths can be traced to the Indore-Ujjain corridor. This rules out individual epidemiological factors and suggests that better quarantine, testing and enforcement of lockdown protocols could have led to early detection and prevention of fatalities. Madhya Pradesh also has the highest infection rate at 8.09% and a testing strategy (575 tests per million) that is well below the 17 state average (825). A high CFR, high infection rates and low tests per million indicate that a lot more needs to be done to flatten the curve.

Odisha, on the other hand, has the second lowest CFR at 0.78, after Bihar (0.49). It also has the lowest infection rate at 0.40% compared to the 17 state average (3.76%). After the first COVID positive case was found in Odisha, the state was able to ramp up its social distancing and quarantining policies along with ramping up of testing protocols. The public health measures taken by the state has led to flattening the disease progression curve.

Maharashtra and Delhi show how exhaustive testing strategies will not work without effective complementary preventive measures. Maharashtra, at 1210 tests per million, is well above the India average (825) and has conducted the highest number of RT-PCR tests (130,000+) in absolute terms.  In spite of this, the state has a high infection rate (7.31%) and CFR (4.36). Similarly, Delhi (2800 tests per million) having conducted more than 3 times the national testing average, has the second highest infection rate (7.93%). Both the states need to take more measures to flatten the curve. Anecdotal data and news reports suggest the need for strengthened and coordinated enforcement of preventive measures in these states.

As we prepare a graded exit strategy from the lockdown, it becomes evident that the preventive measures implemented in India have been largely effective in controlling the pandemic. Any exit plan must incorporate these learnings to tide over the epidemic in our country.

The blog was also published on ET Healthworld.com on 6th of May, 2020 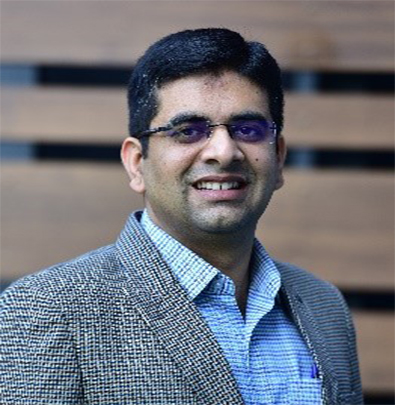 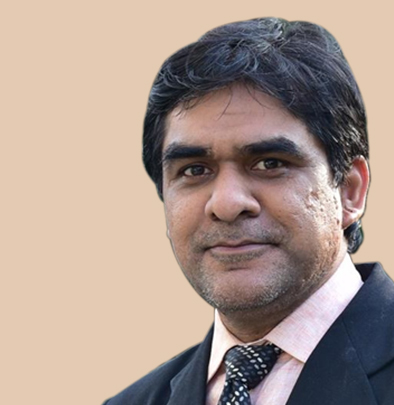