Direct benefits – All eyes on India

DBT for government to social payments can be a game changer. MicroSave envisages huge potential of Direct Benefit Transfer (DBT) in India. 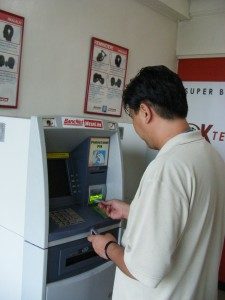 As always, India is the biggest, the most problematic, with the greatest potential for success—or failure. There are other cash transfer programmes for pensions, education, health, and food benefits for low-income households in Brazil, Turkey, South Africa, and next door in Bangladesh. Conditional Cash Transfers (CCT) where women, not men, receive the money if they fulfil certain conditions (i.e., their children are vaccinated and in school) appear to work well and have increasing public support.

Examples include BolsaFamilia in Brazil, and Indonesia’s Keluarga Harapan and Nasional Pemberdayaan Masyarakat-Generasi Sehatdan Cerdas. Have a look also at a current Overseas Development Institute study on both beneficiary and community perceptions of cash transfer programmes in Kenya, Mozambique, the Occupied Palestinian Territories (Gaza and West Bank), Uganda and Yemen.

India is of course more complicated.

First, politics in the world’s largest democracy dominate most of the discussion.The Congress Party, anxious about elections next year, is promoting the first direct benefits for scholarship students as a “game-changer”.

No surprise, the opposition BJP party is finding fault—loudly—with everything. Including:

Meanwhile, although many mention “technical glitches” as yet another CP oversight in direct-benefits planning, few are examining the real problems ahead. They include too few rural branches and “mini” ATMS (UID estimates 1 million such installations will be necessary for remote villages to receive benefits); unreliable electronic funds transfer (EFT) technology; and equally faulty recipient databases (which UID/Aadhaar won’t solve, at least not right away).

MicroSave has several papers that delve into these issues including Getting Direct Benefit Transfers off the Ground, UID and Financial Inclusion–Solution or Not? , Leveraging UID for m-banking in India, and Fraud in Mobile Financial Services.

And then, because no matter how fast mini-ATMs materialise, many direct-benefit rural locations will need cash-out agents (or business correspondents, as they are called in India) for the foreseeable future. Technology may well prove an easier nut to crack than human agency.

Again, MicroSave has a wealth of material on agents and agent networks, why most of them aren’t too happy, their profitability (or lack thereof),and how things might get better. (Or just write to info@microsave.net and ask them for help with your research query.)

But there is clear potential in using digital financial services to make payments from government to beneficiaries. MicroSave has analysed and documented the huge gains in efficiency, and the significant reductions in the costs,when paying TenduPata workers and ASHA health workers using e-money. The challenge is to replicate these programmes at significant scale. All eyes are on India.