Harnessing the potential of Aadhaar via digitisation

This blog recounts the learning from pilot programmes around Aadhaar enabled systems that has great potential, but to scale up, many barriers remain to be addressed.

The real potential for achieving the desired results with Unique Identity Authority of India – UIDAI Aadhaar depends on the effective execution of digitisation of the welfare programmes, extending banking services to the weak and the unbanked sections and linking the above two with Aadhaar. The government proposal on DBTs includes all of these components. 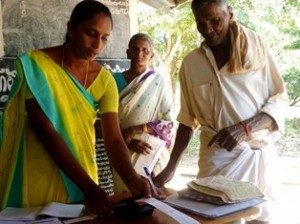 Apart from reducing the leakages from the system, these ensure that the entitlements reach only those targeted.

Digitisation is one of the prerequisites for the implementation of Aadhaar enabled systems. Aadhaar’s de-duplication function helps to eliminate duplicate and ghost beneficiaries.

The impact of digitisation and the role of Aadhaar in the delivery of public services can be observed in the case of East Godavari. Aadhaar details of the beneficiaries complemented the already digitised PDS database of Andhra Pradesh (AP). The AP government, realising the potential of IT systems in the implementation of welfare programmes, digitised its PDS database in 2005.

It also tackled the supply side problems hindering the PDS system. However, problems related to identification persisted in PDS with many of the rations being taken by corrupt dealers or their family members or other ghost beneficiaries. The Unique Identification (UID) number of the UIDAI was able to address these issues to list and identify beneficiaries. 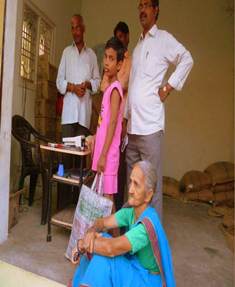 BC model of banking was effectively leveraged in Aurangabad for the delivery of pension payments to the poor. The district administration involved the business correspondent (BC) staff at every step, and combined their efforts with the banking partner to provide banking services to the poor. The final delivery process required beneficiaries to use their Aadhaar card for authentication after which the BC agent makes these payments through a network of point of sale (PoS) devices, that is interoperable and Aadhaar enabled. This process not only increased the speed of payments to the poor, but also contributed towards savings to the exchequer by removing large numbers of ghost beneficiaries.

Employing the BC model and scaling it up for implementation across various geographies and programmes is challenging due to the several policy and operational drawbacks. The BC model, when launched in 2006, was promised to be the vital tool for financial inclusion of the poor, and to remedy the inadequate reach of the banking infrastructure in rural areas. However, the vast majority of BC network managers reported massive losses. The BC agents too were unable to earn a decent livelihood and a large percentage of them have closed or gone dormant.

UIDAI is working towards creating an enabling environment with the Aadhaar platform to address these challenges. The three fundamental pillars of its approach include, an online system built on the assumption that reasonable quality wireless data connectivity would be available to most rural areas in India over the next few years.

Secondly, Cloud-based storage and computing will rapidly become universal and cheaper, and hence storing and accessing biometric or account information from, or processing transactions in, cloud-based environments using online access will increasingly become a reality.

And lastly, following Moore’s law, the cost of front-end device such as micro-ATMs, handheld devices, mobile phones and computers would continue to come down, while their computing power and performance would continue to improve.

UIDAI has rolled out (and is developing) applications that would enable easier, faster and cheaper enrolment of beneficiaries by banks or other institutions involved with the delivery of government benefits transfer. One such application is electronic KYC (e-KYC), which re-uses the KYC information previously captured during enrolment for Aadhaar, and makes it available electronically to banks or enrolling institutions to speed-up KYC, increasing efficiency, reducing errors and lowering costs.

UIDAI’s online Aadhaar authentication system can be accessed by banks and other service providers to verify an individual’s details anytime from anywhere. This can be a replacement for smart cards, leading to substantive cost saving for the banking system, in addition to the enhanced security the system offers.

The pilot studies provided important lessons about the various operational challenges that need to be addressed for the Aadhaar enabled programmes to be implemented seamlessly.

Some of these challenges include, beneficiary details under several programmes continue to be decentralised and in paper format as they are yet to be digitised.

The government staff entrusted needs support and monitoring with the task of automation and use of technology.

Also, banks and BCs do not receive adequate compensation from government departments for opening beneficiary accounts or for processing payments.

Customers are not aware of how they can use their Aadhaar number to open a bank account and access financial services.

Cash distribution by agents frequently fails for want of Aadhaar authentication due to poor connectivity, coupled with the need to distribute the entire amount credited to beneficiary accounts within a short period. Agents often opt for alternate approaches such as manual authentication or offline payment to overcome such operational challenges, defeating the very purpose of Aadhaar linkage.

The pilot programmes demonstrated the great potential of Aadhaar enabled systems, but for this to be scaled both across the country and for many benefit transfer programmes, many barriers remain to be addressed.

(A print of this article was also published with One World South Asia).