In this blog, the author argues that microfinance loans have potential to solve the Indonesia’s sanitation woes.

The problem is toilets for the world’s fourth most populous nation. Of the estimated 251 million Indonesians, only 11 percent fall below the poverty line, but in rural areas, a startling 61 percent still practice open defecation. Close to a third of city dwellers do not use or have access to toilets either. A miniscule 2 percent connect to functioning sewerage networks (For more details, please click here and here.) 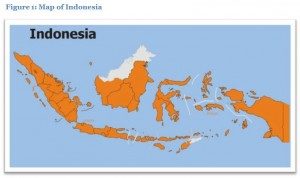 Indonesia is one of the developing world’s success stories and Southeast Asia’s largest economy. Growth has been a healthy 6 percent or better in recent years; GDP in terms of purchasing power falls right behind Spain and Canada. And yet the government’s allocation for sanitation, previously two U.S. cents per person, is now five cents per person. Both are clearly well below the UN Millennium Development Goal of $6.30 a head for improved sanitation.

The figures above are further complicated by the fact that poorly constructed toilets do exist for many, but waste either goes untreated into open drains or seeps into the groundwater—a country of 17.508 islands obviously has fairly shallow water tables–thereby polluting it.

Designing and building reliable sewer networks for almost 57,000 kilometres of archipelago coastline is also a lot more complicated—and expensive—than it would be for comparable economies. Septic tanks and soak pits are the imperfect, interim solution.

The far more daunting expense, however, is the $250-300 that 40+ percent of the overall population currently without improved sanitation would have to pay to install a household toilet with a safe waste disposal system. No surprise, the bottom fifth quintile (~22 percent) with an approximate net income of less than $2,200 a year have other priorities they deem more pressing.

Some readers might well ask here why the significant cash outlays necessary to design and disseminate these extensive information efforts aren’t simply used to give people the toilets they need. The short answer is that in many poor countries, outside defecation has been the norm for so long that new toilets are viewed only as useful storage or deployed for other purposes completely unrelated to better hygiene.

We also know that, rich or poor, we value what we budget for and purchase ourselves. Free hand outs come with little sense of ownership or pride.

The one option that MicroSave has seen work in India and Kenya is microfinance loans. The $250+ required for toilet and system installation are feasible loans, with easy repayment schedules, for interested applicants. Many are also already MFI loan customers, allowing for speedier authentication, credit assessment, and clearance.

Social and behavioral change is never quite so simple as offering attractive financing for what is still a puzzling innovation for many in the developing world. For a long time, no noticeable change occurs, and then there is what Malcom Gladwell has defined as the tipping pointwhere, suddenly, everyone is doing what no one was doing before.

This transition may happen for sanitation in Indonesia more readily than elsewhere. Household disposable income continues to rise, even in very poor sectors, and close to half goes to domestic consumption, according to a Bank Indonesia summary. Muslims, more than 86 percent of the Indonesian population, emphasise personal hygiene and purification as an integral part of their religion. An even higher majority of the country are literate and own or have access to a mobile phone.

Infrastructure and geography remain problematic, but the social odds are heavily favour of a solution, if not now, then soon. 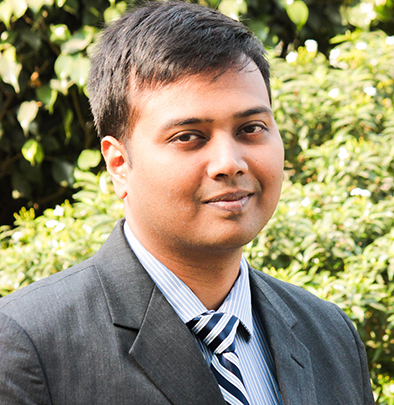