Financial inclusion: Success is in the details

Financial inclusion in India is still characterised by a multiplicity of efforts in silos,” notes MicroSave expert, and how the current piecemeal approach is holding financial inclusion from becoming pervasive.

Rajesh Gupta, a small tea shop owner in Madhubani, Bihar does not feel financially included yet.

He has a bank account, but his card does not work in the branch ATM of a rival bank and his designated local bank agent is often unable to fulfill his and others’ cash-in/cash-out needs. (The agent has insufficient cash on hand, or his shop is closed, or he is unavailable.) Rajesh must then walk/travel to another village and back, spending around 2 per cent extra in some cases simply because banks, telecom operators, IT servers and other key elements that enable money transfer from Place A to Place B cannot or will not cooperate among themselves to provide Rajesh with interoperable services which are not dependent on one bank, telco, or agent network aggregator.

“Paisa nikalne gaye toh mana kar diya, bole paise nahi hai. Yeh theek nahi hai. Isse jaldi theek karna chahiye”; [I went to the agent to withdraw, but he denied (me), saying he does not have cash. This is not right and must be fixed soon], says Rajesh. Others interviewed for MicroSave’s research paper on interoperability (published last year) would certainly agree with him. Financial inclusion—access to formal savings, credit, transaction, and insurance accounts at an affordable cost to three-quarters of the world’s poor—is an ambitious undertaking and its success hinges on such details as easy, secure interoperability.

Success so far in India, a country where almost half the 1.2 billion population remain without the formal banking services, has been mixed in the past six years. The money for these financial services has to start somewhere, so the Reserve Bank of India (RBI) chose G2P government disbursements via mandatory No Frills (NFA) savings accounts for low-income beneficiaries in rural areas as one of the initial drivers.

One of the “frills” left out is an ATM withdrawal card. Other reasons why and how these welfare payments and their linked accounts have either failed or created a whole new set of problems, is nicely summarised in a recent MicroSave report on the impetus for UIDAI.

(A brief aside here for those who aren’t sure what UIDAI[1] is. The UID (Unique Identification) or Aadhaar as most Indians refer to both the 12-digit number and identity card, is a federal program to ensure proof of identity and residence for all Indians, including the many currently without formal papers. For substantive details, please see the government’s white paper on this initiative—or, more fun/fewer details, the profile of Nandan Nilekani, the software billionaire and creator of the world’s largest biometric database.)

Accurate customer authentication via UIDAI is obviously essential for banking security, overall trust in the system, and interoperability. But card distribution is moving forward fitfully—not so surprising for the world’s second most populous country with limited infrastructure in poor, rural areas — and the Aadhaar enabled payment system, linked to those cards, depends on standardisation and compliance with the bank’s core banking system, NFS (the national financial switch), and the NPCI (National Payments Corporation of India).

Yes, too many acronyms, but nevertheless critical pieces to fixing what Rajesh in Madhubani and the ~103 million other No Frills Account customers who can’t use bank branches, ATMs, and other bank’s agents because their account was opened on an incompatible server care about.

Another deterrent to untangling this mess are the banks. They would prefer to be seen as working hard to solve the vexing IT and logistical issues noted above. But many understandably also worry about:

The real snag, however, is not the banks or faulty IT or incompatible networks and payment systems. “Financial inclusion in India is still characterized by a multiplicity of efforts in silos,” notes one MicroSave senior analyst. She goes further to explain the current piecemeal approach is increasingly the real obstacle to “scale” (enough people sending, receiving, and saving enough money via these various financial services).

Unfortunately, without sufficient scale, no bank, network operator, utility provider, government agency, and other potential participants are ready to commit seriously to working together.

When we bring all these disparate pieces together and begin to coordinate branchless banking, mobile money services, G2P disbursements, and third-party payments, we will have more compelling incentives for interoperability, which apparently can work elsewhere. Mobile operator collaboration with each other and with banks is already a reality in Kenya, gaining impressive success in Indonesia, and moving forward in Pakistan where banking regulations encourage the “many to many” model. If it can happen in Pakistan, it can happen in India. 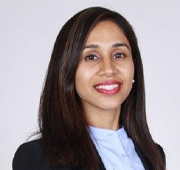