This blog analyses some of the recommendations of the Mor Committee in the section on credit that the RBI could adopt and implement without disrupting the overall financing institutional.

The Mor Committee on “Comprehensive Financial Services for Small Businesses and Low-Income Households”  has recommended some very bold, as well as several transformational steps, to reconfigure the delivery of credit to the ‘un-served’ and ‘under-served’ in India. In this blog, we analyze some of the recommendations in the section on credit that the Reserve Bank of India (RBI) could adopt and implement without disrupting the overall financing institutional structure (which may take time).

The Committee recommends allowing non-bank financial companies – non-deposit-taking (NBFC-ND) to act as business correspondents (BCs) for banks. The NBFC-NDs include, of course, NBFC-microfinance institutions (NBFC-MFI). Some NBFC-MFIs are already offering BC services having set up entities that are allowed to act as BCs. Allowing NBFC-MFIs as BCs will remove the additional complexity of having to set up and manage new entities, and will provide more opportunities and incentives for MFIs to provide a fuller range of bank and non-bank products. This clarity will also remove many of the barriers that have prevented MFIs taking up this role in the past. (See Are Banks and Microfinance Institutions Natural Partners in Financial Inclusion?)

“The BC channel has enormous potential in the long-run, and there are obvious synergies between large banks and grass-roots MFIs. However, while banks’ interest is dominated entirely by the need to fulfil customer acquisition mandates, their activities will remain focused almost exclusively on channel development. MFIs can only urge banks to refocus attention on the product proposition, but they cannot themselves make it happen. … The entire sector is still searching for a blueprint, and MFIs have valuable inputs to bring to that”.

Around 12,000 NBFCs-ND, spread all over the country, have the potential to add many more spokes to the distribution nodes of the country’s over 109,811[1] bank branches. NBFCs are the only entities (other than banks) effectively providing financial services in underserved areas. Many NBFCs have managed to win the trust of the consumers, something that hardly any BC institution has been able to accomplish in the 7 years since the inception of the model – not least 0f all because of the high levels of churn amongst agents (see Behind the Big Numbers: Improving the Reach and Quality of Agent Networks in India). In particular, the NBFC-MFI category has a large presence in rural areas. In 2013, 41 MFIs that reported to Microfinance Institutions Network (MFIN) reached out to a total of 25.16 million clients through a network of 9,224 branches (See MFIN Micrometer). Thus with NBFCs-ND included in the BC space, the model would not only broaden but also deepen the provision of financial services in the under-served areas. And, of course, offering BC services provides NBFC-MFIs with many strategic opportunities and operational advantages (See Microfinance in India – Is Business Correspondent the Way Forward?).

“MFIs are potentially an excellent channel and product development partner for banks, as long as they have the capacity and resources to dedicate to it. MFIs can help all stakeholders to leverage their existing engagement with the customers. In this way, MFIs’ core competence of customer engagement and management can be more fully exploited”.

There seems to be no cogent reason why NBFCs were precluded from acting as BCs earlier. As the report states, the risk of commingling of accounts can be managed by daily settlement, something that should not be too difficult to ensure using technology. Other mechanisms such as cash-account collateral and transaction limits, which the banks apply to the BCs anyway, will also be applied in the case of NBFCs. In return, banks would get access to the brick and mortar infrastructure of the NBFCs; relatively well-qualified staff; relatively better financial and operational risk management culture than the current BCs; deep knowledge of the low-income market segment; and familiarity with the use of technology.

The report does not delve into whether the NBFC BCs should also offer credit products on behalf of banks. Instead, it leaves this issue to be sorted out by individual banks as part of their business strategy. It is not difficult to imagine that banks may have products that have some complementarities because of the inherent nature of the balance sheet structure of two types of entity. Nonetheless, all said and done, the NBFCs will pose competition to the banks in terms of many other products, especially low-value, and short-term consumer loans (where they clearly have an edge already). This is an issue that needs some more thought given the earlier experience of direct selling agents (DSA) model of banks. We need to learn from the operational risks faced by the banks that used DSAs for credit origination. Many banks had to finally abandon the DSA model in favor of in-house staff for better underwriting standards, conservative loan to value and therefore better portfolio quality of credit products.

The Reserve Bank of India needs to allow banks to choose from a wider menu of distribution channels to realise the dream of financial inclusion. NBFCs, including the NBFC-MFIs, present an obvious choice and a highly credible BC option for their inherent strengths in terms of their physical presence in under-served and geographically challenging areas. The NBFCs, as quasi-banking outfits, are better equipped to retail financial products and therefore have a distinct advantage to operate as BCs. The NBFCs are also better prepared to handle the operational risks of BC business compared to other BC managers.  The Mor Committee’s recommendations on this deserve not just attention but also implementation. 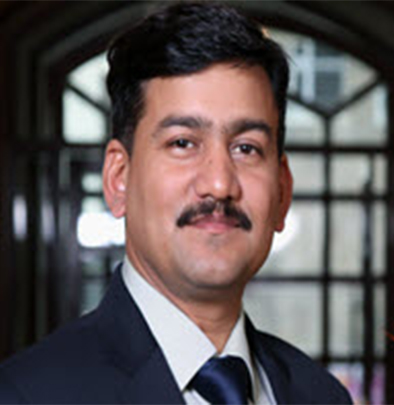