Until this month RBI maintained the view that only licensed commercial banks can offer cash-out services. As a result, a number of banks and non-banks formed partnerships. In fact, the RBI’s view hasn’t changed. The RBI has simply decided to regulate non-banks offering business correspondent services too, as differentiated, Payments Banks (PB). Business correspondents (BC) were the […]

Until this month RBI maintained the view that only licensed commercial banks can offer cash-out services. As a result, a number of banks and non-banks formed partnerships. In fact, the RBI’s view hasn’t changed. The RBI has simply decided to regulate non-banks offering business correspondent services too, as differentiated, Payments Banks (PB).

Business correspondents (BC) were the first set of non-bank players allowed to partner banks in the pursuit of deepening financial services and furthering the cause of financial inclusion. The issuance of BC guidelines back in early 2006 spawned a host of experiments where BCs appointed by banks, collect deposits and provide specified services on behalf of banks. Eight years on, beyond enrollment statistics, the BC model hasn’t resulted in very meaningful outcomes. Sadder still, hardly any BCs have succeeded at scale.  In this context, scale refers to parameters such as:

a)     being a sustainable, profitable business model

b)     serving a significant percentage of transacting (active) accounts

c)      garnering savings deposits that are material to sponsor banks

The first large-scale attempt at cracking the non-bank vs bank impasse was through the joint venture between SBI-Airtel / Airtel-SBI (depending on which side of the fence you sit). At the time of its announcement, there was much hope and excitement. Unfortunately, that engagement soured, very uncannily imitating a Bollywood first family scion’s engagement breaking, just a few years before.

The other non-bank players (like ALW, Eko, Fino, Itz-Cash, Oxigen and Suvidha, to name a few) nurtured their unequal relationships trying to take financial inclusion and domestic remittances where only the post office had been before. Cajoled by the RBI (much like an elder asking children upset over a tiff to hold hands) the telcos stitched reluctant partnerships with banks. Airtel / ICICI Bank, HDFC / Vodafone, Airtel / Axis Bank, Axis Bank / Idea, ICICI Bank / Tata Teleservices entered into BC arrangements through 2011-12. Several of the larger players obtained Prepaid Payment Instruments (PPI) Issuer licenses. Even so, the bugbear of cash-outs did not go away. Until the issuance of the PB draft guidelines.

Telcos will still likely consider the PB guidelines only a small win. However, it would seem that should the telcos go ahead and obtain PB licenses, there appears to be no compelling reason for them to want to hold on to their banking relationships; particularly now that they are allowed to hold deposits, deploy surplus beyond CRR / SLR for income-generation and cash-out depositors. However, given that over a quarter of telco revenues comes from postpaid (read credit), telcos may have reason to feel that they’ve drawn the short straw, with the PB guidelines preventing them from offering credit. At 4% postpaid subscribers, the number of people to whom telcos offer credit is nearing 40 million. 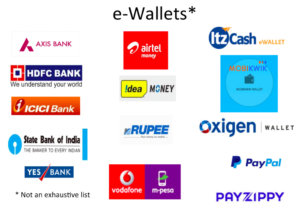 Meanwhile, by towing the banking partner’s line and learning from them, several of the business correspondents have built good institutional capacity for financial products and services delivery. The value of this is frequently underestimated by telcos. If they can infuse the necessary capital requirements or become subsidiary Payment Banks (SBI has a significant shareholding in ALW, and ICICI Bank in FINO), they could potentially succeed.

Recently an RBI circular allowed NBFCs to become BCs. Microfinance institutions (MFIs) are NBFCs who already possess superior structural last mile capabilities than banks. MFIs are present in areas with thin formal financial service provider penetration and arguably have better, more mature processes to handle credit as well as complex financial products. They have a viable business model. Bandhan has even obtained one of the two new banking licenses RBI issued. Selling credit to the poor isn’t quite at the difficulty level of asking them for deposits (ice and Eskimos come to mind). However, having established trust through a couple of lending-repayment cycles must put MFIs in a better position to collect deposits. It seems to make a lot of sense for MFIs to bid to become business correspondents of banks. In the event of a fully interoperable environment, the MFI network of branches and roving agents (with superior training) could result in a very interesting product and transaction possibilities.

That leaves retail as the other interested potential participants. For big-box retail like the Future Group, Reliance Retail, even Shopper’s Stop, becoming a Payments Bank could bring very interesting cash management efficiencies as well as improve loyalty play. It might even become a great revenue stream as an ATM alternative, given that they handle so much cash. For the e-Commerce players, many of whom including, eBay (PayPal’s PaisaPay), Flipkart (PayZippy), Mobikwik, PayTM already have large customer bases and an existing wallet play, this could be just the ticket. They will need to weave cash-out partnerships to turn their shoppers into savers and who knows, electronic-money lovers in time.

The Indian Railways, which runs the largest e-Commerce portal by transactions in the country (IRCTC) doesn’t issue a wallet. It is anybody’s guess whether they might jump into the PB fray with their own wallet. There is some precedence of product innovation by IRCTC in the form of SBI-IRCTC-Visa credit cards.

Finally, banks aren’t just going to roll over and play dead while all the aforementioned participants replace them as the sole option for payments and savings. Having been pilloried for underachieving on so many financial inclusion and innovation counts, this is a great opportunity for them to prove their critics wrong. I wouldn’t write them off just yet.