Having industry giants develop and own distribution channels can provide the scale needed for providers currently struggling to drive revenues from small margins. This blog explores ways in which providers can build big backbones for Innovation for DFS to thrive.

Financial inclusion has evolved significantly since the days of microfinance. Today, instead of building small financial institutions to offer services to marginalized populations, partnerships are being built with huge banks and telecom providers that leverage their infrastructure, human resources, and financial capital to offer financial services across entire countries. However, despite the global fanfare surrounding the innovation of using mobile phone networks to deliver financial services, we have seen very little subsequent innovation at scale. Product uptake has been largely dominated by a small sub-set of payments, mainly airtime top-ups, bill payments, and person-to-person transfers, which cumulatively account for 97% or transactions by volume or 89% by value globally (State of the Industry 2013). Even in the pioneering Kenyan market, at least 98% of transactions are still done in cash. So what is inhibiting the next wave of disruptive innovation in this space? 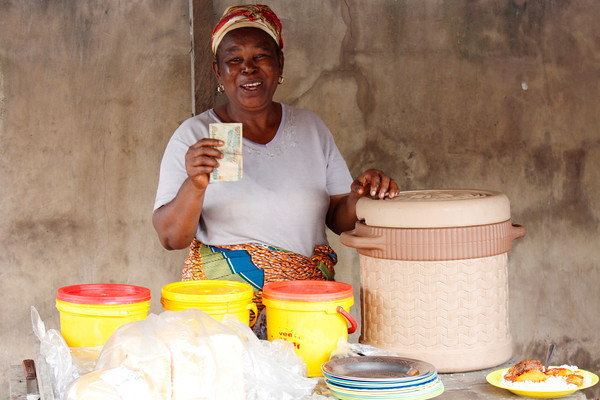 The business model of digital finance is based on earning small margins on very large volumes of transactions, meaning scale is the key to business viability and success. To reach this scale, providers must invest tens of millions of dollars upfront, the most expensive and complicated piece of which is building a large network of agents across a broad geography. This has proved to be the greatest barrier to entry for even medium-sized companies, many of whom have tried to launch without the necessary capital, and thus have fallen victim to the sub-scale trap, where providers fail to reach a critical mass of customers. The unfortunate result is an industry controlled by corporate giants who do not want to take big risks to disrupt the markets they already dominate. Most big companies are just not designed to innovate.

Ignacio Mas points out that beyond the business case needing corporate giants to advance innovation, regulatory policy in most countries also stipulates that the service providers must be responsible for the agents offering the services. What is needed is a big corporate channel that offers distribution at scale to agile, risk-taking entrepreneurs who can, in turn, afford to experiment and innovate without being hindered by corporate decision-making bureaucracies, perennial quarterly revenue targets, and a huge national distribution network to manage.

A Breakthrough for Small Banks in Bangladesh?

However, there are now some big markets in the world where these more innovative market dynamics might be possible. In both Bangladesh and Nigeria, regulation prohibits telecoms from offering digital financial services, but it does not prohibit them from building channels that licensed banks can use for digital financial services. In Bangladesh the Central Bank has issued 28 licenses to offer digital finance; however, the last Helix Institute Agent Network Accelerator report in Bangladesh showed there are really only four providers that have had even minimal success in building an agent network. The other 24 are in serious need of a national channel over which they can offer their services, and this high number of smaller players might be just the market dynamic the country needs to push it into product innovation.

The need for a channel creates market demand, for the telecoms that are fundamentally channel builders with huge marketing budgets, large network of retailers selling pre-paid phone credit, and enormous customer bases. In Bangladesh, GrameenPhone a leading telecom provider with over 50 million subscribers, stated in its 2013 annual report (p. 53)that its goal was to build an agent network of 20,000 agents in Bangladesh under the MobiCash brand to provide a completely managed solution to banks. It now has almost 30,000 agents and partnerships with six banks to offer banking services through its MobiCash agents. We will have to see if GrameenPhone will be able to actually scale and successfully manage tens of thousands of agents, and also if banks, even smaller ones, will advance the innovation we have been seeking.

In Nigeria, regulations have created an operating environment similar to that of Bangladesh. However, the big difference is that a wide variety of organizations (telecoms excluded) can be licensed to provide digital finance. The Central Bank of Nigeria reports 14 non-banks with mobile money licenses beyond the seven licensed banks. The Helix Institute research in Nigeria showed that most of these entities were struggling to build agent networks, creating the same demand dynamic present in Bangladesh where there are a lot of potential providers that would love to have a network they could plug into. The advantage in Nigeria is that innovation does not rest in the hands of generally risk-averse banks.

Globacom (Glo), the second-largest telecom company in Nigeria with over 27 million subscribers, recently launched Glo Xchange, a network of digital finance agents. It has an extensive retail network of over 35,000 airtime dealers and 150 Glo shops, and it has already signed on three mobile money operators: FirstMonie, Ecobank, and Stanbic IBTC. On 2 December, the Central Bank of Nigeria released an exposure draft of a Licensing Framework for Super Agents, which, if formalized, will allow almost any business, including telecoms such as Glo, to develop its own agent network and advertise its services as long as it fulfils some minimal capital requirements and registrations.

Having these industry giants develop and own distribution channels can provide the scale needed for providers currently struggling to drive revenues from small margins. If these corporate giants are not able to also offer their own products over these channels, then the door is open to smaller, more innovative companies, hungry to disrupt markets and garner more market share.

However, these developments are new and could still yield a number of outcomes, and some big questions remain. First, these telecoms have all the right tools; however, flawless execution in building a large network of agents has been a stumbling block even for many industry leaders. Further, while hungry, agile, disruptors could theoretically ride these networks, for now, we are seeing partnerships with banks only, which most people consider risk-averse and not particularly good candidates for disruption. Finally, with such powerful companies controlling the channels, it is not clear that they will develop a business case that is enticing to providers. Will they charge prohibitive fees for partnerships (something the Nigerian framework is trying to address with their price controls)? Will they push an over-the-counter model to capture more revenue at the agent level? Or will they hesitate to place themselves in this position at all, where they risk being either reduced to a channel, totally taken out by banks setting up mobile network virtual operators (MNVOs), or in the long-term disintermediated by smartphones and internet access?

We have some of the key ingredients for disruptive innovation in the market that could remove the greatest barrier to entry this industry has been struggling with—building an agent network. However, there is still a long road ahead, and many questions to be answered before we have an industry that is mature enough to allow a small, enterprising innovator to go viral over an established channel.

This blog was originally posted on the CGAP (the Consultative Group to Assist the Poor) blog as part of their ”Disruptive Innovation”  series.