Over the Counter (OTC) in Pakistan: Why It Works

This three series blog examines the reasons for Over the Counter (OTC) transactions success for agents, customers and DFS providers in Pakistan

A customer walks into a shop and tells the retailer … “I would like to send money to [another city] …”.  The discussion continues until, after verifying the customers original CNIC (Computerized National Identity Card) to meet KYC/AML requirements, the shopkeeper transfers money from his account. Once this is done, and the customer has confirmed that the recipient has indeed receive the money, the customer hands him both the money transferred and the commission payable. An over the counter (OTC) mobile money transaction has been completed, without the customer touching his own mobile phone. For a great overview of how OTC works in Pakistan see slide 12 of the excellent agent network survey of Pakistan from The Helix Institute of Digital Finance.

“7 percent of the respondents use mobile money, only 0.4 percent have registered their own accounts. This indicates the majority of mobile money users access the service through an agent, through family or through a friend (over the counter).” – Intermedia Pakistan Wave Report-2014

1)  Why it works for Customers?

In Pakistan, more than 10 million people are “settlers” (migrants from one rural/tehsil/city to other city/urban areas). The majority of settlers are “labourers”, characterized by low literacy and low income. In addition to these labourers, drivers, guards, cooks, servants and other low income earners have their families living outside the city. And their families need money/cash for their necessities. In Pakistan, the typical ratio of income earner to dependents is very low, so that 1 or 2 out of 5 or 6 earn money on daily/weekly/monthly basis. This results in a routine and ongoing process, in which the dependent receiver demands cash from the earning sender on regular/emergency/ad hoc basis.

In a recent report published by InterMedia. OTC use dominates the market. 94% of the respondents who use branchless banking services have not registered their own accounts, meaning that they prefer to conduct transactions through an agent’s account.

Five years ago money was sent via “Hawala” or “Hundi” channels or money orders from the Post Office. However, these channels took relatively long to complete the transaction – both for the process of sending and receiving cash, and the time for transmission in between. This weakness was the opportunity for Pakistan’s branchless banking industry, which rapidly scaled the “OTC” business for sending money around the country. Currently, in Pakistan around USD 200 million is transferred in 4.7million transactions each and every month – an average of $43 dollars per transaction. Such is the speed and reliability of the service that users are ready to pay extra (compared to the Hawala and postal office channels).

OTC provides the unbanked account customer opportunities to transfer money, pay utility bills and top-up their mobile phones at any agent location across the country. The State Bank of Pakistan’s Branchless Banking Quarterly report for October – December 2014 reports that the number of agents involved in branchless banking activity are 204,073 (up 9% from the previous quarter). However, the incidence of shared agents in Pakistan is around 66% (see 2014 ANA Survey for Pakistan) and active agents are estimated to be 80%.

Customers no longer go to bank branches to settle utility bills – the branches are often both far away and crowded, meaning that customers have to travel and then wait in long queues to make a simple payment. They prefer to just go to the nearest branchless banking agent to pay their utility bills.

2) Why it works for Agents?

In the beginning agents were unclear of the value proposition offered by branchless banking. Telcos had widespread agent networks and business alliances to sell air time across Pakistan. These agents compared their branchless banking commissions (0.5-0.7%) with their airtime commission (2.5%) and drew the obvious conclusion.

But this conclusion changed quickly when they observed the tremendous growth in OTC business. Meanwhile, those agents who had made their reputation in the micro-market of their community were able to generate significant customer footfall at their premises and to make good profits on their branchless banking business.

However, ultimately, the agent provides the same services across all branchless banking channels, but will push customers to conduct the transaction on the platform of the player offering the largest commission or other incentives. Currently the majority of branchless banking players (both MNOs and banks) have to offer substantial commission to get agents to push customers to use their channels, as with OTC transactions, agents essentially control the choice of channel used by the customer. These promotions have reach eye-watering heights – agents can double or even triple their commission by choosing one money transfer channel over another. In Pakistan the agent is king!

3) Why it works for Providers?

The majority of players in Pakistan believe that the OTC channel is viable and plays a vital role in the business case for the branchless banking model. To build customer numbers, transaction volume and market share every player is aggressively pushing the OTC money transfer business and using their marketing/promotion budgets for push strategies, resulting in more revenue even when profitability is, in many cases, limited by the expense of commissions and incentives offered to agents.

The late entrants are still far behind in building a strong OTC channel, and their profitability and business are at risk

In addition to the traditional uses of OTC, players are now concentrating on other products to offer their customers using the channel. These include IBFT Inter Bank Fund Transfer, merchant payments, disbursement of pensions and salaries, cash-in cash out, loan collections and disbursement for MFIs including Tameer Bank, TRDP (Thur Rural Deep Program), Khushali Bank etc. Branchless banking players in Pakistan now realise that the stronger, the more diversified and heavily used their channel is, the more return on investment … and that this necessarily requires them to shift users from making unregistered to registered transactions to create customer loyalty/“stickiness” and thus reduce the endless churn associated with (agent-driven) unregistered OTC transactions.

From the table below on annual activity rates, from the State Bank of Pakistan’s Branchless Banking Quarterly Newsletter for October – December 2014, we can see that still OTC dominates, comprising 86% of the market and 88% of the value of transactions, and that the majority of these are (P2P) fund transfers and bill payments. By contrast, m-wallet users’ activity is (perhaps unsurprisingly) dominated by cash deposit/withdrawals and top-ups.

According to SBP’s newsletter (Oct-Dec 2014), the major development during the quarter was the growth in the number of m-wallet transactions – by 22% to 9.7 million compared to 7.9 million during the previous (July-Sept 2014) quarter. The jump in the number of transactions was also reflected in the 26% increase in the value to Rs.25.5 billion ($250 million) compared Rs.20.1 billion ($200 million) in the previous quarter.

The key factor underlying this growth was the increasing trend in mobile to-ups (36%) and for cash deposited into (19%) and withdrawn from (20%) m-wallets. But encouragingly, there was a remarkable increase in m-wallet to m-wallet transfers from just 43,848 transactions of Rs.46 million ($0.45 million) in the July-Sept quarter to 185,023 transactions of Rs.447 million  ($4.4 million) during the Oct-Dec 2014 quarter.

In the second part of this blog, “Over the Counter (OTC) in Pakistan: The Challenges and the Way Forward” we examine the challenges the success of OTC has thrown up, the response from the providers and the prospects for the future of branchless banking in Pakistan 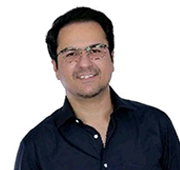