Are the $2 Billion Annual Savings Arising from PAHAL Real?

The Ministry of Petroleum and Natural Gas (MoPNG), Government of India announced its ambitious “Direct Benefit Transfer for Liquefied Petroleum Gas (DBTL)” programme on January 1, 2013. The programme had two key objectives: i) limiting subsidy outlay through de-duplication; and ii) achieving efficiency in payment transfers. Aadhaar, the unique identification system was the backbone of this programme. Unfortunately, the first attempt at direct benefit transfer of cooking gas was unsuccessful and had to be discontinued after Aadhaar-related issues surfaced during the pilot. MicroSave, which was involved in the first pilot, had argued against the discontinuation of DBTL since sustained efforts to digitise databases and link Aadhaar numbers with bank accounts, better communication with LPG consumers, and greater inter-agency coordination could resolve most issues.

The current government decided to re-launch the programme with some modifications. Accordingly, DBTL in its modified form, called the “Modified DBTL (MDBTL)” – and more popularly known as PAHAL, was launched on November 15, 2014. In this phase as well, MicroSave was involved alongside MoPNG, in different aspects of launching PAHAL.

Recently, questions have been raised about whether the savings arising from the roll-out of PAHAL are for real. Most of these questions are based on an article published by researchers at the International Institute of Sustainable Development (IISD). The article presented a case suggesting that savings under PAHAL are less than 2% of the $2 billion per annum savings claimed by the government. However, the assumptions and the figures used by the researchers to make this claim are flawed, thus resulting in erroneous calculations and results/inferences. 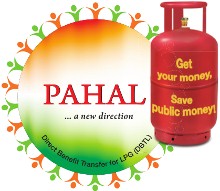 Direct Benefits Transfer (DBT) is a globally used concept and it refers to the transfer of subsidies through electronic means into the hands / bank accounts of beneficiaries by electronic means. Case studies across the world, especially in Latin America, have documented the benefits accruing to beneficiaries / recipients and indeed to government agencies on account of digitisation of databases and direct transfer of subsidies. The IISD authors note that PAHAL, “does not remove the LPG subsidy, but simply changes the mechanism by which it is delivered”. This indeed is the very essence of direct benefits transfer! The objective of DBT is to enhance operational efficiency in the delivery of subsidies, improve targeting, reduce (in some cases at least) the role of middle men, and ensure that non-beneficiaries that may have seeped into the beneficiary list, are weeded out.

What are then the actual savings that accrue on account of PAHAL implementation? Below we highlight the actual numbers, and the resultant calculations and inferences.

2. The nearly 23% reduction in the number of gas connections as a result of the nation-wide implementation of PAHAL indicates that over the years, about 40 million ineligible people had managed to get into the system (or set up connections in the names of non-existent beneficiaries), to access subsidies not intended for them.

3. If we calculate an average of the subsidy figures from 15th February to 31st March 2015, the figure is Rs. 232.18 (US$ 3.57) per cylinder. Therefore the total amount of savings as a result of PAHAL in the 54 pilot districts during the period of mid-February 2015 to 31st March 2015, is Rs.2,051 million (US$ 32 million). If we extrapolate this figure for the entire country, for the entire year, the potential savings will be 40 million (ghost connections) x Rs.232.18 x 12 months = Rs. 11 billion (US$ 1.72 billion). This has been the basis for the calculations and the subsequent announcements that have come from the government.

4. For the current year, even if we assume that the subsidy amount is going to be lower at the rate of Rs. 161.81 (linked to international crude prices), as used in the IISD article, potential savings will be 40 million x 12 x 161.81 = Rs. 77.7 billion (US$ 1.2 billion) just by weeding out unintended beneficiaries.

5. DBTL has also enabled oil marketing companies to launch the highly successful “Give It Up” campaign, which has led to more than 3.5 million people voluntarily giving up their subsidies. This maybe the first initiative of its kind in the world. The amount thus saved is another substantial sum: 3.5 million x 12 x 161.18 = Rs. 6.8 billion (US$ 104 million). The savings are used to provide LPG connections to those who are unable to afford cooking gas at full market price. These connections are even mapped one to one with each PAHAL Champion who has given it up.

The assumptions, calculations and inferences above highlight the achievements of PAHAL and the success of DBTL in the right context. By any standards, the gains made under PAHAL are significant and in our opinion, India should continue its journey towards digitisation of direct transfers. Indeed, developing countries which are plagued by corruption, “leakage” and inefficient targeting and/or delivery of subsidies should definitely look at the possibilities of digitising beneficiary database and the direct transfer of benefits.

All the above been said, there is clear scope for improvement. MicroSave conducted an assessment in 14 districts across three states in India viz. Uttar Pradesh, Uttarakhand and Bihar, with the objectives to assess:

3. The impact of PAHAL on the consumption patterns of LPG cylinders; and

4. The impact on cylinder inventories

We found that though 74% of the respondents were satisfied with the implementation of the programme, the main issue voiced by consumers was related to customer care services of Oil Marketing Companies. (MicroSave India Focus Note # 120 – PAHAL – From Discard to Cherished Success)

Nonetheless, MicroSave firmly believes that the success of PAHAL has developed a template for future DBT initiatives, not only in India but in other developing countries around the world.