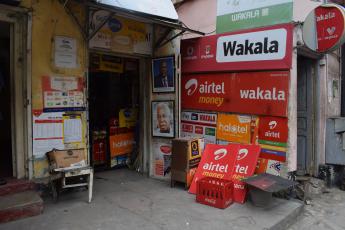 Every year the GSMA State of the Industry Report reveals that a large proportion of mobile money agents are not active (e.g. 47% were inactive in 2016). Reasons for inactivity fit in two buckets: either the agent has not begun operations, or they have, but then stopped conducting business.[1] The first category mainly consists of tills[2] that have been activated by the provider but are still awaiting the agent to start operations.  Often this delay results from agents lacking enough training to understand the mechanics of the business. The second includes agents who have stopped offering provider services. Some could not make enough revenue to justify investment in float or lost interest in the business for other reasons.

Whatever the cause, inactivity means that providers are losing money on recruiting and training agents who do not generate business. Further, high dormancy rates can hurt providers’ brand and undermine customers’ trust in the service, ultimately hampering adoption and usage.  Therefore, rather than recruiting and hoping for the best, providers should track their agent inactivity carefully to understand its causes and remedies. Equipped with this information, providers could ensure agents stay active or reactivate dormant tills, enabling them to cut recruitment and on-boarding costs.

How to track activity?

Five years ago, GSMA has flagged the lack of consensus on the definition of agent activity, revealed by the Global Adoption Survey of Mobile Financial Services. In-State of the Industry: Results from the 2012 Global Mobile Money Adoption Survey, GSMA observed that, while over 60% of respondents used a definition of, “at least one transaction in the past 30 days,” there were many variants. In addition to transaction volumes, some providers also took into account operational elements like being “‘able to’ perform transactions”, having “a sufficient balance to conduct transactions”, and in a few cases “sufficient branding of the agent outlet and quality of service at the point of sale.”

To the best of our knowledge, GSMA has proceeded using the 30-day active rate, but there has been no formal alignment of the definitions across the industry.[3] While from an industry perspective having a single definition of “active” is important to benchmark growth, from a strategic operations standpoint, a meaningful definition of agent activity will be based on the sustainability of the agency business. Providers might define active agents as ones performing enough transactions to cover their operational costs. Operational costs and commission structures differ by provider, so will their definition of active agents. Invariably, though, all providers will measure transactions rates on a daily basis.

How active are the profitable agents?

To better understand the relationship between transaction levels and agent profitability, we conducted a series of analyses using The Helix’s Agent Network Accelerator surveys with active mobile money agents (defined as having transacted at least once in past 30-days) in seven digital finance markets. Profits are calculated using information reported by business owners who chose to report both their revenues and expenses.  As such, these should be taken as indicative and provide a starting point for discussions around re-conceptualising agent activity rate definitions.

Table 1. % of profitable tills falling within a specified transaction band

We also examined the proportion of tills that are profitable within a given transaction band, using all agents operating within that band as the denominator (Table 2).  In Africa, over a third of tills that conduct under 10 transaction per day are unable to break even. Moreover, only around two-thirds of tills conducting 10 to 20 daily transactions are making a profit. The story is somewhat different in Bangladesh and Pakistan, where a large majority of tills performing fewer than 5 transactions per day on average are profitable.

In sum, our analysis shows that in Africa agent tills performing on average less than one transaction per day are unable to break even. In South Asia, where operating costs are lower, only a small percentage of profitable agents survive on an average of less than one transaction per day. Qualitative research in India and Kenya shows that some agents might continue investing in float hoping the business will take off or because they value providing a service to the community or being associated with a large financial institution. Nevertheless, we urge providers, and the industry as a whole, to recognise that a truly meaningful definition of agent activity would revolve around the sustainability of the agency business.

[1] We are not aware of publicly available data sources that would allow us to gauge the relative size of these two buckets. Agent censuses generally do not find tills that are not being used. The Agent Network Accelerator surveys are also unable to accurately represent inactive tills and dormant outlets.

[2] Agent till is a provider-issued registered “line”, either a special SIM card or a POS machine, used to perform enrolment, cash-in and cash-out transactions for clients.

[3] GSMA uses sophisticated mathematical models to extrapolate these rates from incomplete data, in part because not all survey respondents are submitting activity rate statistics in line with the 30-day definition.

[4] In fact, most of the table cannot be displayed because the sample count is too low.

[5] In some markets, like India and Pakistan, shop owners may turn into agents for 5-7 days every month to supplement their income by distributing G2P payments. Such agents would conduct far few transactions outside the G2P pay-out times and should be monitored for activity during these periods.