The blog discusses the smart eticketing for public transport in Fiji. We met Kinnee at one of the Vodafone e-ticketing roadshows. She, like other Fijians, had queued up at the Vodafone canopy to get her eTransport card. This digital card has been designed to replace the existing cash-based fare collection system across buses in Fiji. There was something that made Kinnee’s case particularly interesting – she had always been apprehensive about digital payments and had never used it before. However, the Fijian Government’s ruling to digitise public transit left Kinnee without a choice. We decided to follow her on her new journey. She emerged from the crowd, ecstatic, with her latest possession – a brand new, bright red eTransport card. Kinnee had just begun her digital journey and was excited. As were we.

A month later, after riding the bus thrice with her new eTransport card, Kinnee was amazed at the convenience that the new payment system had brought in her life. Not only was she excited about the experience of ‘tapping’ the card on the bus, but was also relieved from the hassle of carrying coins and haggling for change. She mentioned that a greater respite would be when her eight-year-old son starts using the card on his school bus. She quipped that now she would be able to outsmart her child by monitoring his expenses.

This anecdote highlights the transformative experiences that thousands of Fijians will undergo in the days to come. Public transport is vital for the people of this Pacific island-nation. Over 1,470 buses, as well as hundreds of boats and taxis, carry a significant percentage of the 920,000+ Fijians each year. Nearly 210,000 school and college students, and over 50,000 senior citizens are heavily dependent on public transport in the country. The Land Transport Authority, under the Ministry of Infrastructure and Transport, provides various concessions and grants for commuter convenience. Public bus transport is licensed to 54 private companies, covering 188 main Road Route Licenses (RRLs). All students and the elderly are eligible for discounted fares on buses. Almost 61,000 of them are eligible for 100% discount and do not pay any fare. The Ministry of Education issues discounted bus fare vouchers to eligible students under the government fare subsidy scheme for needy children. These vouchers are distributed individually through schools.

Private bus operators are eligible for a refund on fuel tariff and receive customs concessions to encourage fleet renewal. The Fijian government has introduced such measures to compensate private operators for losses from these concessional fares.  In the national budget of Fiji for 2017–2018, the import duty on new buses has been reduced to zero for a period of two years, with certain conditions. Bus operators are also exempted from paying Value-Added-Taxes (VAT). These grants and concessions add up to several million dollars a year.

Despite the massive financial support from the government, the current bus ticketing system faces several challenges. Several routes are claimed to be unprofitable, with bus operators alleging that they face severe losses. According to a report, bus operators on 22 routes cited annual losses of USD 4 million. In contrast, there seems to be a lack of accountability and diligence on part of the drivers. The distribution of millions of discounted vouchers to students every year in paper form places a significant additional burden on the school staff, requiring accurate accounting, distribution, and reconciliation. It is also vulnerable to misuse, despite check and balances being in place.

To overcome such challenges, the Government of Fiji plans to implement electronic ticketing in phases for public transport in Fiji. The move towards electronic ticketing is aimed to provide greater convenience and a superior user experience to commuters. At the initial stage, e-ticketing has been implemented for all buses plying on the mainland routes across Fiji. Rural service vehicles plying on the deeper rural routes are likely to be covered in subsequent phases. With the gradual transition away from cash, which started in July 2017, all mainland buses are slated to go cashless from October 2017 onwards.

The eTransport project involves multiple stakeholders on board, who would participate and collaborate in the development or adoption of the system. The main stakeholders of this project are:

The advantages of an electronic ticketing system will be:

PFIP and MicroSave consultants collaborated with and supported Vodafone in the design, planning, and rollout of the e-ticketing service. The service was branded as eTransport. The objective was to take advantage of global experience and lessons learned to avoid potential pitfalls, and to ensure improved service design and user experience. PFIP and MicroSave have developed several tools and frameworks to support Vodafone’s eTransport service.

An important element of PFIP’s approach has been to focus on and ensure consumer-centricity, particularly for women. Keeping this in view, we developed and mapped the complete lifecycle journeys of various user segments for the e-ticketing service in a framework. These user segments comprise adults, women, students, senior citizens, and concessional card users. The mapping process has formed the basis for defining or refining business requirements and business rules to be followed, as presented below. Moreover, this significantly aids in modifications to existing information technology (IT) systems and processes at Vodafone. Deliberations based on this framework led to an improvement of several service functionalities and processes to enhance user experience. These improvements led to features, such as the ability to remotely top-up, or load e-money, to another person’s card using the M-PAiSA mobile wallet on a phone, or top-ups using only the serial number of a card without it being physically present. Other features that evolved from this approach include the ability for customers to refresh the stored value of their card while travelling in the buses, and to pay the fare immediately thereafter. Such features will eventually be of great utility to users. They would have access to multiple, remote options to recharge their eTransport cards, and would not have to depend on physical touch-points to do so. Vodafone would introduce these user interface functionalities in a phased approach, given the timelines for system development required.

Another example relates to concessional student eTransport cards, which need to be refreshed at the beginning of every school term once Vodafone has loaded the subsidy amounts onto the cards. The loading of subsidies is done through Vodafone’s back-end systems, on advice from the Ministry of Education. We suggested providing one or more POS devices at the school premises. The existing staff who handle paper vouchers would use the POS devices to refresh the student cards. This would add to the convenience of students, including the much younger primary school children. We developed a solution to cover the device costs when Vodafone agreed to provide a substantial discount on the cost of devices to be deployed in schools. The Ministry of Education is likely to consider these recommendations, which will ensure a near-seamless transition to the new system for the nearly 210,000 students in Fiji, without inconvenience or worries. Likewise, improvements have been made to the processes related to cards for senior citizens and the disabled, which are managed by the Department of Social Welfare.

There are several other learnings and smart-features associated with the architecture of the e-ticketing system in Fiji. The first major one is to ensure a commitment from the bus operators and drivers themselves. A lack of this has been the failing of some models in other markets. The Government of Fiji has ensured participation and commitment of the bus operators both through funding support and policy reforms. Considerable financial and handholding support has been provided in this regard. The financial support is in the form of subsidies on equipment required on buses. The handholding support is in terms of retrofitting/testing of equipment and software, training and capacity-building of the bus operators and drivers, and customer care support offered by Vodafone, among others.

Furthermore, the eTransport solution has been designed with an offline architecture, which does not depend on the availability or operation of the Vodafone mobile network. This will ensure that fare payment on buses is possible offline and in locations where or in situations when Vodafone’s network is unavailable. At the same time, information will be shared periodically between the devices on the buses and Vodafone M-PAiSA and other back-end systems through the mobile network whenever available during transit. This will allow synchronisation of the bus-based devices with Vodafone’s systems to enable balance-refresh on consumer cards during transit. The synchronisation would also allow the reconciliation of daily sales by the bus operators, and so on.

These considerations for an enhanced human-centric design architecture and superior user experience are in stark contrast to some of the less successful e-ticketing models in East Africa, which proved troublesome for users.

The eTransport card initiative has been a collaborative effort that spans stakeholders and vendors. Its end-outcome is the timely rollout of the service within three or four months, covering over 1,000 buses. The initiative includes the development of back-end integrated systems, training of agents and merchants on the new service, marketing programme design, and roadshows and awareness campaigns. Once operational, the eTransport project will see user registration and card issuance to over 520,000 commuters across Fiji.

The blog was first published by the Pacific Financial Inclusion Programme (PFIP). 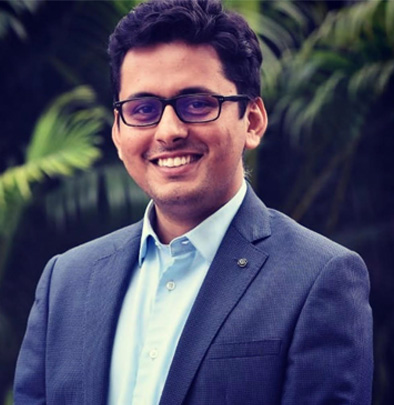