UNHCR Cash-Based Intervention in Meheba refugee settlement in Zambia: The Journey to Digitization

UNHCR cash-based intervention in Meheba refugee settlement in Zambia. The blog explains the journey to digitization.

It was a hot and dusty day as our team drove into Meheba refugee settlement in the North-Western Province of Zambia. Our energy was high, though it was the adrenaline that kept us going after a couple days without sleep. We were going to see the initial results of a nine-month journey towards digitization of cash-based intervention (CBI) payments to refugees in Meheba, a joint project of the Office of the United Nations High Commissioner for Refugees (UNHCR) and the United Nations Capital Development Fund (UNCDF).

As we neared Block D, a woman waved at us. We recognized her as Judith, a refugee from the Democratic Republic of the Congo. She, on behalf of her family of eight, receives CBI payments once every two months. Judith is 67 years old and lives with her husband, two daughters and their husbands, and three grandchildren. During the SIM card registration process that was part of the digitization pilot, her husband was registered to receive the CBI payments on behalf of the family. However, Judith came to us and insisted that they had jointly decided to have the SIM card issued in her name as she is responsible for the household expenses.

We waved back at Judith, pulled out a mobile phone and showed it to her. She immediately understood, held up her SIM card and pointed towards the administration centre, where she can cash out from her mobile wallet. Judith joined us as we were setting up the desks for Airtel Money staff to help refugees cash out their CBI payments. She was the third customer in the queue that day. After cashing out, Judith sought us out with tears in her eyes to share her experience: “I did not believe you when you said that it will take less than two minutes to withdraw my benefit money from the SIM card. We put my SIM card in the agent’s mobile phone, put [in] my secret number and, see, I have money in my hand. It is like magic. This is the first time I have received money so fast. Thank you so much.”

The smile on the face of many beneficiaries like Judith was enough to rejuvenate us. The journey to digitize CBI payments, like other digitization initiatives, had been fraught with challenges. These challenges, along with the financial needs of the residents, were identified during research conducted in Meheba in September of 2017, which is detailed in the research highlight ‘Can digitization of social cash transfers improve the lives of refugees in Zambia?’. This blog, however, focuses on lessons learned during the sensitisation process and two digital payments piloted in Meheba in April and July 2018.

Communication with beneficiaries: In a settlement the size of Meheba (720 sq. km with a population of over 20,000), it was very difficult to identify the beneficiaries. The beneficiaries live in significantly dispersed locations in six different blocks across the settlement. During the first test, several different sensitization approaches were attempted: conducting house-to-house visits, employing word-of-mouth, utilizing megaphones, and using Community Development Workers and Community Youth Workers to mobilize CBI beneficiaries for sensitisation and for SIM card registration. Megaphones had the maximum impact and were used in subsequent sensitisation and SIM card registrations, leading to the successful mobilization of beneficiaries.

Venue for sensitization: Meheba is arranged into various blocks, from Block A to Block H. Each block has several internal roads. Initially, door-to-door and road-wise sensitisation approaches were used, with the aim to reduce inconvenience to beneficiaries. However, most beneficiaries were not at home, as they were away working on farms, in trading areas, etc., which meant that sensitisation took longer and was inefficient. Therefore, another approach was sought. In the end, the most effective means to sensitise a large number of people was to conduct the sessions in a central area (a town hall) in each block.

Nomination of a household representative: Traditionally, CBI payments were distributed to the head of the household (focal point) who collected the money on behalf of the family. In the digitization project, the decision was made to register the SIM cards and mobile wallets at the household level as well, rather than the individual level, to avoid practical challenges such as issuing SIM cards to minors. During the sensitization process, instead of registering the heads of household by default, beneficiaries were asked to nominate a household representative to receive the digital money on behalf of all household members. It was important for the beneficiaries to choose the right representative who would be available to receive the CBI payments and use them for the benefit of the family.

Training of the GSM and mobile money team: SIM card and mobile wallet registration failures mainly occurred due to technical challenges (system upgrade), poor network quality, poor document quality for know-your-customer (KYC) requirements (crumbled or faded ID documents) and human error. It became clear that it is very important to train both GSM and mobile money team members on the importance of understanding the beneficiaries, error-free data capture and alternate KYC documentation validity. The training helps to ensure more successful SIM card and mobile wallet registration from the start, which results in more satisfaction by the beneficiaries and lower costs for the mobile money provider.

Sharing of registration reports: The key stakeholders needed to agree on the turnaround time for different reports related to successful and failed SIM card and mobile money registrations and reasons for failure, as well as the method for re-registration of SIM cards without any inconvenience to the beneficiaries. Coming to an agreement is crucial to ensuring that beneficiaries have a positive experience from the registration process onwards and start trusting the communication from different stakeholders. Further, the stakeholders must have a prior agreement on the format and turnaround time for validation of SIM cards and KYC documentation, which is vital for seamless transfer of funds to beneficiary accounts. 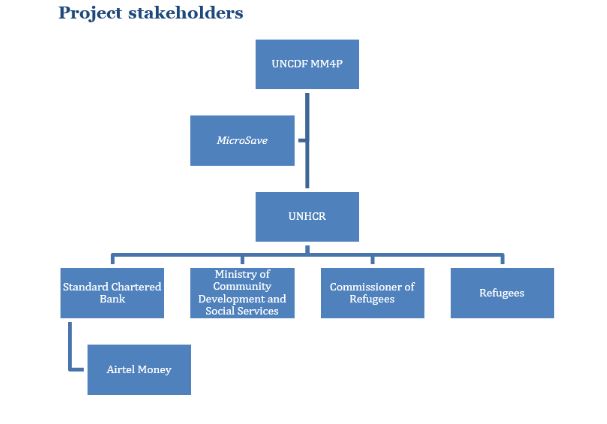 As with any digitization initiative, strong partners are critical for its success. The stakeholders in the CBI digitization project in Meheba are depicted in the figure. Strong partnerships allowed UNHCR to disburse the first digital payments within 24 hours of the final decision.

The highly motivated stakeholders and the strong relationships between them also helped in finding alternative mechanisms, such as the use of a cash-in-transit facility to disburse cash to the beneficiaries who were not part of the first digital payment.

Continuous communication to the beneficiaries about the venue and date for SIM card and mobile wallet registration, the required documents for withdrawal and the disbursement date for the first payment was crucial to ensuring the efficient utilization of resources from UNHCR and its partners.

Although SMS text messages were sent to confirm the digital payment transfers to the beneficiaries’ mobile numbers, the digital transfer information was also communicated through word-of-mouth and through megaphones to those without mobile phones. These approaches proved to be effective means of communication.

Support of beneficiaries during cash-out

It was important to create a positive experience by supporting the beneficiaries, especially those who were first-time users, to check their balance, withdraw their money and see the other services available on the mobile phone.

Developing reporting requirements regarding timelines and formats among all stakeholders helps to ensure smooth functioning of digital payments.

Key success factors
As with any pilot, it is critical to identify lessons learned that could drive improvement of products and services in the next iteration of the project. The digital payments in Meheba were a great success: 57 percent and 100 percent of payments were sent to beneficiaries’ mobile wallets in the first (April) and second (July) digital payments, respectively. Ninety-seven percent of beneficiaries were able to withdraw from their mobile wallets immediately. The cash-out process took only about three days as opposed to the manual process that used to take 10 to 13 days. It is expected that, as beneficiaries gain trust in the services over time, they will not immediately cash out all of the money in their wallets. This shift will also depend on the continuous availability of agents within the settlement to enable cash-out at any time.

The success of the two digital CBI payments lays the foundation for developing a digital ecosystem in Meheba by identifying additional services that could be digitized. This effort will include offering mobile wallets to other residents in the settlement, guaranteeing the availability of well-trained agents in the settlement with sufficient liquidity and, finally, moving towards digital means of paying for goods and services (merchant payments). These achievements could not have been possible without rigorous pilot preparation, continuous community engagement and concerted efforts from the multiple stakeholders who were involved in the testing and iteration of the digitization processes. Other assistance programmes provided by UNHCR that are also being considered for digitization include the distribution channels for non-food items and the DAFI scholarship programme that helps to fund the education of refugee students to access tertiary education. A similar approach is intended to digitize CBI payments in Mantapala refugee settlement in Zambia, which hosts over 10,000 refugees.

Overall, feedback from the beneficiaries as well as from various stakeholders was positive and encouraging. UNHCR and UNCDF are working together with Standard Chartered Bank and Airtel Money to streamline processes and to develop solutions to address some of the challenges identified.

The hope is that, with these successes, digital ecosystems can be replicated in the other two refugee settlements in Zambia, thus ensuring that humanitarian assistance can be delivered in a timely, transparent and efficient manner that achieves its main goal: to assist refugees as they acclimatize to a new way of life in their new home.

With testimonials from the beneficiaries and the implementing partners, this video summarizes the journey to digitizing payments to refugees in Meheba, Zambia.

This blog was originally published on http://bit.ly/2Onmeht Dowload the full report here 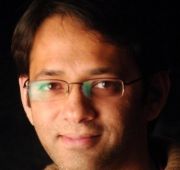 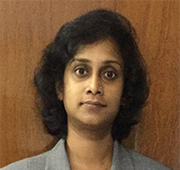