What drives the financial decision making of the poor? Here MicroSave team heads out to decipher the inherent thinking process behind these decisions through its research project – MetaMon.

As we discussed in our earlier blog post, MetaMon project was an ambitious one. In the project, we aspired to decipher the inherent thinking process that drives financial decision making of the poor. In MicroSave’s earlier research around financial lives, we realized that conversations about money often turn philosophical. This is because they revolve around deep-seated desires: for your children to lead a better life than you had; to minimize life’s daily hassles and humiliations; to feel like you are keeping up and fulfilling your obligations to kin and kith; to reduce the feeling of present or future dependency and so on. Yet conventional research tools, aimed at designing a specific product or understanding the impact of a specific programme, often overlook those behavioral discussions and focus on facts.

In the MetaMon project, we did not have a clear research protocol in mind. We kept the research process open and relied on iterative and evolutionary learning.  However, common themes emerged as follows:

We formed research teams with diverse backgrounds. We had ethnographers, finance specialists, product designers, folk artists, painters, game developers and several other people from creative domains, who otherwise do not have exposure to either finance or research processes. Apart from the diversity, they brought to the thinking process, each of them played distinct roles in the research process. Ethnographers brought openness, while finance specialists tried to keep the focus. Designers and creative people could generate several new ideas for engaging people, while the researcher on folk music managed to capture their words and expressions in a more meaningful way. The game developer and animation experts could conceptualize innovative approaches for communicating the concepts and the content developer developed the templates that were instrumental in designing the research tools for testing in the field.

Conventional market research tools are limited in their ability to reach beyond transactional information. More often than not, we end up understanding the transactions people do and try to analytically arrive at the behavioral instinct that might have prompted that transaction. For example, we see people saving in different pots or packets, and deduce that their instinct is to diversify risk. In addition to the attribution error in such efforts, the greater limitation is in not being able to decipher the thinking process at all. In some of the improved and new tools tried in MetaMon, instead of tracking transactions, we prompted respondents with hypothetical situations to see their intuitive response to these. By doing this, we completely eliminated the transactional boundaries the person might have and encouraged open thinking.

In most discussion-based research methods, there is a risk is of getting theoretical/unreal answers or no answer at all, since financial behavior is something people they “do” and not something they “talk about”. An alternative approach to do such research is to catch/observe the person “in action”, as compared to the “static” approach of other tools. In the MetaMon research, we created “games” that people play and where numerous real life-like transactions are involved. In these games (e.g. Grihasthi game developed as part of the project), we asked the respondent to play and conduct the transactions in a simulation world. As researchers, we just observed the transactions they conduct and the way they play the game/s. Since the respondent was engaged in the game scenario, she/he could not escape real instincts and we could gather the real life experience and responses of the people, as compared to their afterthoughts or rationalized responses.

In several of the research tools involving games and hypothetical situations, we eliminated the intrusiveness of the research process and asked for the opinion of the respondents, rather than their experiences. By doing so, we eliminated the intrusiveness of the research. When asked about the steps/strategies the protagonist in the story/situation should/would do, we could see they are responding as they understand such situation.  This reflects MicroSave’s well-established approach of de-personalizing questions in our focus groups by asking about behavior/needs/perceptions “in the community” rather than those of the respondents themselves. Not being intrusive helped us extract critical information, which is unobtainable through conventional market research.

A complete list of research tools and the experience of implementing them is documented in the publication of MicroSave, MetaMon research Tools. 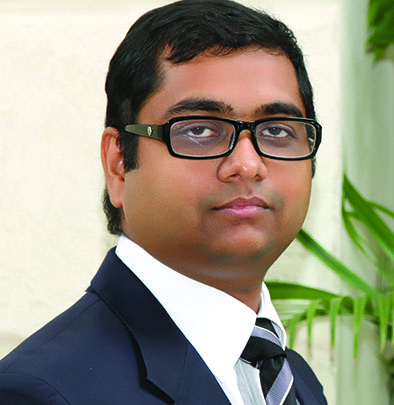