A phone can only do so much: Why mobile access isn’t leading to digital financial service usage among women in India

Despite significant progress in financial inclusion, low-income working women have not been able to derive benefits, even when they receive their wages digitally.

India has made significant progress in financial inclusion in recent years. However low-income working women are not benefiting from this progress, even when they receive their wages digitally. To better understand why, BSR’s HERproject and MSC have researched the financial behaviors of female garment workers in India, with support from the Bill and Melinda Gates Foundation.

Our research confirmed that being paid into a bank account and owning a mobile phone do not automatically lead to usage of digital financial services (DFS), and that greater efforts are needed to build female workers’ knowledge, confidence, and agency in this area. At the same time, financial service providers in India are not considering gender when designing new services – a theme explored in recent MSC research on the real story of financial inclusion in India.

Below, we’ll explore the reasons for this lack of progress – and what the financial inclusion sector can do to address it.

“We don’t want to access the ATM, we don’t have the time, we are scared that the ATM card may get stuck in the machine. We don’t need to go since we have support from family members.”

– A female worker in a HERproject factory in Bangalore

Our research found a significant gender gap in the usage of financial services between male and female garment workers, and suggested this gap is due to persistent gender norms. Despite being paid into bank accounts for several years, the women in our survey had low financial agency, especially when accessing formal financial services. For instance, 57% of women reported needing assistance using ATMs, compared to 10% of men. Likewise, most men surveyed visit the bank (86%) and ATMs (91%) alone; less than half of women reported the same. And 48% of women reported that they share their PIN with others when using ATMs, including strangers.

Our findings on savings were more positive, with 83% of women reporting that they saved a portion of their salary, compared to only 10% of men. However, more than a quarter (27%) of women used informal financial channels to save—such as savings groups and chit funds. Women are also more likely to take credit from informal sources than men. This data suggests that, in terms of agency, knowledge and practice, the women surveyed were less likely to act independently when accessing formal financial services. A key takeaway from the report is that more should be done to help them manage their risk exposure – largely by shifting their use of financial services from the informal to the formal sector.

Our research shows that workers—especially women workers—were already being paid into accounts, and that the majority had mobile phones. Even so, they were not using DFS.

Mobile phone ownership—particularly smartphone ownership—is an entry point to DFS inclusion. But it does not automatically result in DFS adoption – which includes using digital methods to store and transfer funds; to make and receive payments; to borrow, save, insure and invest; and to manage finances. The GSMA’s The Mobile Gender Gap Report 2020 states that even mobile users who are aware of the capabilities of the mobile internet do not possess the digital literacy and skills needed to convert their phone ownership into DFS. And though 81% of women in our study owned a mobile phone, 31% shared that they were not comfortable operating it. What’s more, women were more likely to own a feature phone than a smartphone – just 36% of women respondents owned smartphones (32% less than men).

Our data shows that the slow uptake of DFS is related to a distrust of new technologies, which are perceived to be more complicated than cash. Unsurprisingly, there is a strong relationship between the comfort of using a mobile phone and the use of mobile banking services. And we found that, irrespective of gender, there’s a positive relationship between education level and the likelihood of owning a smartphone. However, only 44% of women who reported being “very comfortable” operating mobile phones used them to make financial transactions – a percentage that fell to 34% of women who felt “somewhat comfortable.”

Perhaps predictably, women under 25 (one-fifth of all female respondents) were also more comfortable using mobile phones compared to older women. And more than half of these young women-owned a smartphone, compared to less than 40% of women aged 26 and older. This suggests that age and gender are significant barriers to DFS usage, as are formal education levels. It also suggests that the key barrier of low technological literacy must be overcome if DFS usage is to grow. The best way to achieve this is via targeted, gender-responsive financial and digital capability and confidence-building education.

But despite their higher rates of phone ownership, the use of mobile and internet banking was not prevalent among young, educated smartphone owners of both genders. Yet low digital literacy does not fully explain why only 3% of women (compared to 22% of men) reported using mobile banking. When asked about their use of mobile technologies for other purposes—like watching videos, taking pictures, playing games, reading the news or using social media—there was little difference between genders. Such disparities again suggest that underlying gender norms – such as women deferring to men on managing finances, men’s control over financial resources, etc. – influence who uses DFS. Therefore, efforts to improve financial literacy and DFS usage must be combined with efforts to address these underlying gender norms.

Based on MSC’s continued studies and BSR’s HERproject’s ongoing experience working with low-income women in global supply chains, it’s clear that programs that raise women’s skills and confidence with technology – combined with improved access to financial services – consistently result in the adoption of DFS and greater financial inclusion. Addressing long-standing gender norms via these interventions will further support DFS adoption and financial inclusion while boosting the growth of the broader digital economy in India.

Our research shows an overwhelming need for the delivery of such interventions in India’s garment industry, while also highlighting where such interventions are most needed. Through HERproject, BSR’s efforts to support digital financial capability and women’s empowerment in India will continue, leading to greater financial resilience and financial inclusion for this underserved population.

For the full research report see the Financial Behavior of Female Garment Workers in India. 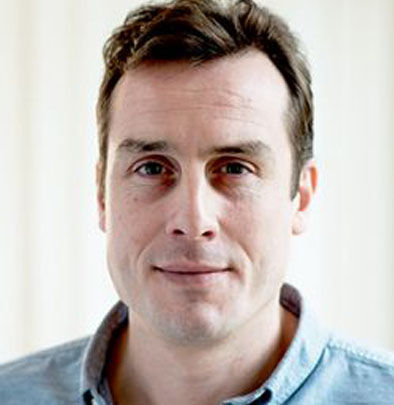