According to a Techjury, we create 2.5 quintillion bytes of data every day on the World Wide Web, a substantial part of which is text. Much of this takes the form of product reviews, news articles, and even social media messages, which contain a plethora of information that could help decision-makers in designing better products, monitor existing products, etc. People now use social media platforms to share grievances and satisfaction about everything from products and people to policies and programs. We cannot overlook the potential to utilize the data generated from such platforms.

The number of smartphone users across the globe has increased to 4.66 billion, while 3.96 billion people now have a social media account. Every day, 92,000 articles and more than 2 million blogs are published. However, we cannot quantify or analyze this data through traditional means. This is where techniques like sentiment analysis play a vital role.

Sentiment analysis is an analysis of feelings, emotions, attitudes, opinions, and thoughts, among aspects behind data sourced from Twitter, Facebook, and newspaper articles, besides other sources. The five-step process involved in this analysis is detailed below: 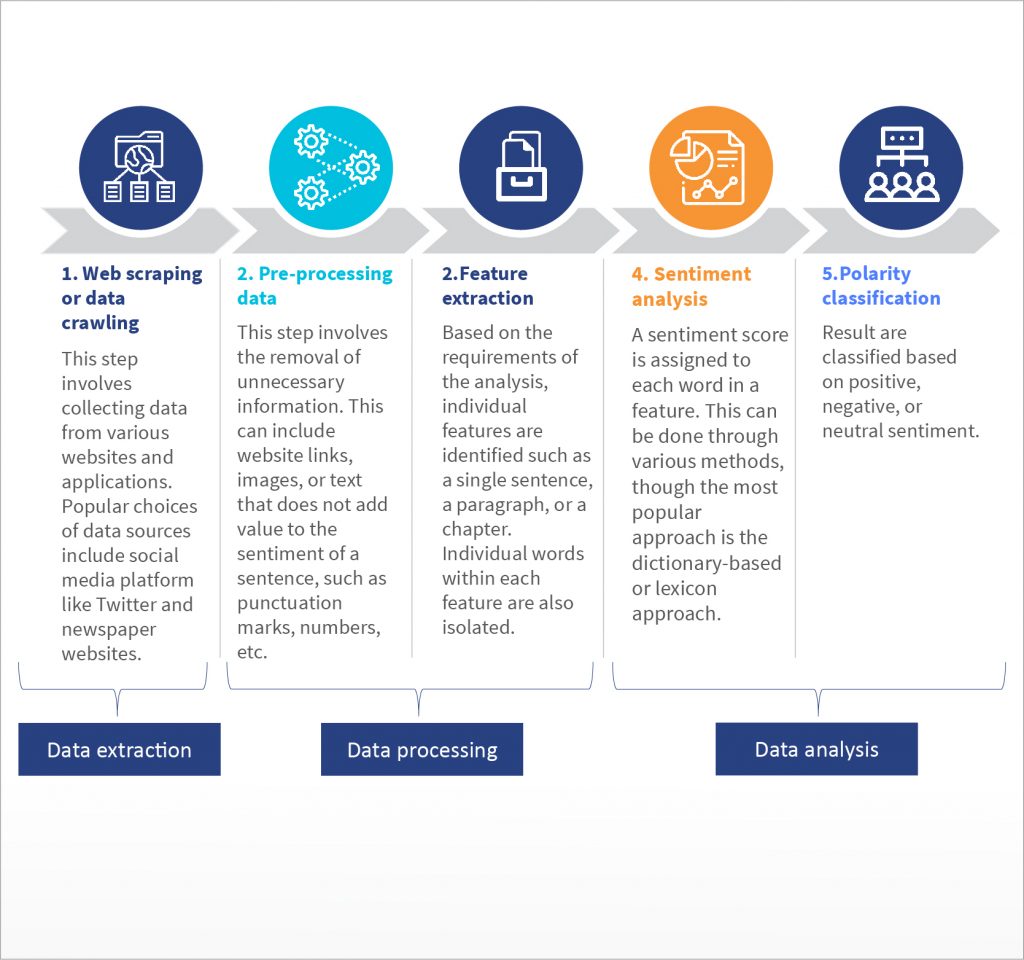 From a business perspective, this technique can help an organization analyze the perception of customers about its brand and in turn drive business decisions, strategies, and objectives. It can also help conduct a competitor analysis and build up business intelligence. Moreover, sentiment analysis is a useful tool to measure the ROI of marketing campaigns, support customer service, and augment public relations.

Though sentiment analysis has established itself as an important tool for growing businesses, it is increasingly being used in other fields as well, including government regulations and policy decisions. Regulators have used sentiment analysis to generate quick consumer insights and monitor consumer grievances placed by consumers against various financial service providers. For example, FSD Kenya and Princeton University, in partnership with CitiBeats, collected and analyzed Twitter messages to identify tweets relevant to consumer protection and directed toward 29 different financial institutions in Kenya.

A similar analysis can potentially also help policymakers gauge the sentiments of citizens and experts toward government policies and initiatives. Several research papers have already provided examples of the potential use of this technique in policy evaluation.

Our analysis highlighted an overall positive response to the program among the target audience. The graph on the left shows various emotions analyzed from the tweets. The most common emotion was trust, followed by anticipation and joy. On the right, a word cloud depicts words that occurred most frequently in the tweet corpus. The most common word was “Atmanirbhar Bharat,” the name of the government program. Thus, sentiment analysis provided a quick insight into public sentiment around the government’s initiative.

2. MSC conducted multi-round, multi-country research to understand the impact of COVID-19 on the low- and middle-income (LMI) segment. As part of this research, we also wanted to understand the public sentiment around the Pradhan Mantri Garib Kalyan Yojana (PMGKY), a support program launched by the Government of India to help the LMI segment deal with the pandemic. For the analysis, we collected 80 newspaper articles from six leading dailies on the topic. The graphs below offer a glimpse of the results we achieved:

The program invoked an overall neutral response among the target audience. The most frequently used positive terms included food, relief, cash, and benefit, which indicate the satisfaction of the citizens with the benefits provided under the initiative. The most frequently used negative terms can be divided into two categories—those related to COVID-19, which included the words pandemic, infection, crisis, hit, and fight and those related to the on-ground implementation of the program, which included income, demand, and payment. The word “government” also held a negative sentiment, considering the context of the sentence where it was mentioned.

The two studies highlighted above can work as proof of concepts on how sentiment analysis can support policy evaluation through rapid feedback from a large pool of users to policymakers.

However, sentiment analysis must be used with caution. As we cannot choose our samples based on socio-demographic variables, a targeted analysis is not possible. Hence, some of the most vulnerable segments are excluded from this analysis, particularly those who do not have access to a smartphone, do not use social media, or are illiterate. Conducting sentiment analysis in regional and local languages is also a challenge due to the lack of well-established and robust algorithms that take into account the structure and nuances of languages other than English. Methods used to circumvent these roadblocks often compromise on the accuracy of the results. The availability of robust data on the topic of interest is another concern. The analysis requires sufficient source material online, such as tweets and articles, among others, to draw meaningful insights on a particular topic.

Regardless of these caveats, sentiment analysis can help businesses, policymakers, and regulators generate quick insights to inform decisions. It can also help develop an insightful, data-based marketing strategy for a business as well as any government program or policy. The early movers who adopt this technique will likely reap substantial benefits. 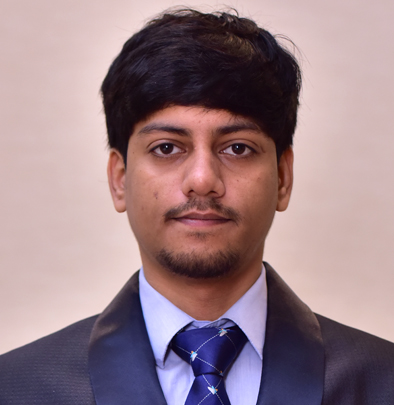 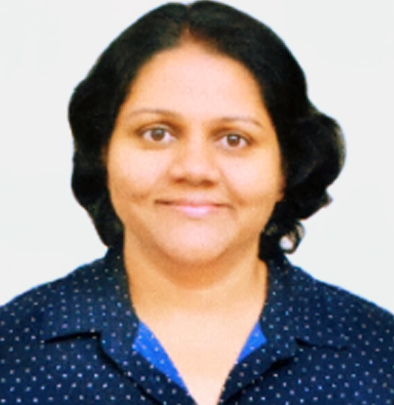