Digitizing public finance architecture is the need of the hour

Prime Minister Narendra Modi in his recent Independence Day speech spoke about how India’s development aspirations were being hit by poor public service delivery. India’s poor public service delivery has vexed scholars and practitioners for decades. The state possesses immense ability to execute large and complex undertakings such as the national elections or the rollout […]

India’s poor public service delivery has vexed scholars and practitioners for decades. The state possesses immense ability to execute large and complex undertakings such as the national elections or the rollout of the systemic changes such as the Goods and Services Tax (GST) regime or the United Payments Interface (UPI).

Road connectivity and quality has improved greatly on account of flagship programmes such as the PM Gram Sadak Yojana. Yet, primary healthcare centres in rural or even poorer urban pockets continue to remain ill-equipped.

UNICEF states that inadequate water, sanitation and hygiene (WASH) services in the country’s health facilities contribute to the high neonatal rate of 24 per 1,000 live births with sepsis contributing to 11 per cent of maternal deaths. Government schools, woefully understaffed across the hinterland, often lack access to electricity, toilets and basic infrastructure which adversely impacts learning outcomes among children.

India has undoubtedly made enormous strides in economic prosperity. There is, however, work that remains to be done.

In this regard, a specific short-term focus for the government must be on managing its expenditures at a time of considerable fiscal pressure. The near-term challenge lies in getting the maximum bang for each welfare buck spent while enabling efficient and effective last-mile service delivery.

Public financial management (PFM) is a major fulcrum that will determine if the aspirations of all Indians can be fulfilled over the next few years.

PFM relates to a government’s ability to raise revenue, allocate and execute budgets, and monitor fund flows to citizens, private contractors, and between different administrative tiers and departments. Timely payments, specifically, are critical for service delivery. It is a significant incentive for private businesses to participate in government projects or for individuals to invest their trust in an elected official’s ability to get things done.

Current fund flow systems are characterised by high administrative burden (paperwork), low accountability (passing the buck), and friction in expenditure (multiple layers of approval). This manifests in beneficiaries not receiving their due entitlements on time or contract workers not being paid for months. It also means government officials spend more time with paperwork than on ensuring proper implementation of schemes.

The government has attempted to move in this direction but digital ‘solutioning’ is sporadic. Standalone systems across departments dominate. Data is entered manually at various stages and databases are not organically linked. Officials and departments work in silos. Often, technology has been used to simply digitize existing processes instead of being leveraged to make processes more streamlined and agile.

There are three specific challenges posed by the current PFM architecture.

First, manual data entry — for payment or scheme details, as the case may be — often renders information unreliable or of dubious integrity. Manual data entry also increases administrative burden and slows down payments.

Second, transaction chains are frequently untraceable and information is obscured, chiefly due to misclassification.

Third, creating one repository — a ‘single source of truth’ (SSOT) — where data is aggregated at a single location remains a problem. An SSOT would facilitate access to multiple user departments to improve beneficiary targeting or scheme monitoring. Estonia’s ‘X-Road’ is a case in point which ensures security and interoperability.

A transformative change in financial governance is, hence, the need. A robust PFM system using an ever-expanding array of digital tools is the solution. Digitising the public finance architecture can resolve some or all of the highlighted challenges.

It has facilitated trust, reliability, interoperability, simplified compliance through automated invoice matching, and has been responsible for checking evasion. The UPI, similarly, facilitated the entry of digital payments. While policy changes, specifically the non-levy of charges on transactions, helped the UPI take flight, the robustness of the ecosystem and the trust it has generated saw volume and value of transactions triple since March 2020.

Similar solutions can be explored in current government PFM systems as well. Implementing a smart payment system that would expedite payments, minimise discretionary approvals, and enhance overall observability by making decision-making traceable can be a great start.

Smart payments systems driven by ‘if-then-else’ rules-based algorithms can automate payments workflows and minimise manual data entry. This algorithmic ‘engine’ will determine if pre-defined compliance requirements are met. Each successful outcome is followed by a similar process in the subsequent stages of entitlement auto-calculation and payment disbursal. Necessary checks and turnaround times are defined for each stage. Data is captured and can be exchanged seamlessly through the process.

The changes required are not enormous. Documents like invoices, utilisation certificates (UCs), detailed project reports etc. need to be machine-readable and uploaded onto a single platform that is integrated with existing government platforms like the PFMS.

Smart payments systems will benefit vendors and citizens by allowing them to view payment statuses in real-time and helping them resolve grievances faster. For the individual bureaucrat, they would help provide greater observability of a scheme or payment. They would be given the time to focus more on the quality-of-service delivery than on approving payments without any visibility into downstream activities.

Finally, adopting principles like Just-In-Time (JIT) funding would reduce idle float in department accounts. JIT means no advance release of funds, a significant amount of which often lies in departmental bank accounts for years. Estimates place unutilised float at over ₹1 trillion. JIT can reduce this float and hence reduce the fiscal deficit. Ultimately, money moves out of the Consolidated Fund of India or states only when the payment is due.

The government is already moving in the right direction. For instance, all financial payments and general information of beneficiaries and vendors participating in the Mahatma Gandhi National Rural Employment Guarantee Act (MGNREGA) is now on a workflow-driven system. Monitoring the status of road building and logging payment information under the PMGSY is undertaken through the Online Management, Monitoring and Accounting System (OMMAS). However, data entry at multiple stages remains manual which occasionally renders data unreliable. Smart payments systems can help negate this challenge.

Thus, for starters, the government can ensure three things. First, mandating a single source of data, linking data systems, and using this data for payment decisions and not just for reporting. Second, using smart or algorithmic payments which will reduce discretion to pay. Third, releasing funds only when needed i.e. JIT fund release.

Institutional interventions of such a scope require the buy-in of India’s political class and bureaucrats. The means exist provided the goal is indeed good governance and holistic development impact.

This blog first appeared as an Op-Ed in the Hindu Business Line on Sep 2, 2021. 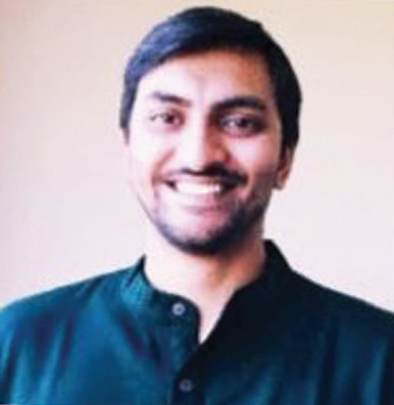