India is a country on the move, with crores of people moving out of their villages and towns every year searching for better livelihood opportunities elsewhere in the country. Against this backdrop, social welfare benefits meant for them and other eligible beneficiaries must be made portable, so they can be availed no matter where the […]

India is a country on the move, with crores of people moving out of their villages and towns every year searching for better livelihood opportunities elsewhere in the country. Against this backdrop, social welfare benefits meant for them and other eligible beneficiaries must be made portable, so they can be availed no matter where the beneficiary is physically located at a given point in time.

A big step in this direction is the implementation of the One Nation One Ration Card (ONORC) under the Public Distribution System (PDS). Earlier, beneficiaries could get ration only from a specific fair price shop in their home locality. This limitation meant that migrants were denied their food grain entitlement at the destination. In one stroke, ONORC has solved this fundamental constraint. The reform’s grand vision is to allow beneficiaries to get their entitlement of government-subsidized wheat and rice from any fair price shop anywhere in the country, at their convenience. The implementation of ONORC has assumed greater velocity in the wake of the plight of domestic migrant workers since the Covid-19 pandemic began last year.

One of the key design features of ONORC is the concept of Single Source of Data (SSOD). SSOD is a data storage principle, whereby all the data is collected close to its source and stored in a centralized place to be accessed by all authorized parties, no matter where they are physically located. In any large system (like a government or corporate), if the SSOD principles are followed, it ensures that the data is verifiable and non-repudiable.

For ONORC, the Union government has collated the data about ration card-holders to a single, centralized platform that was held only at the state level until recently. The merging of the databases has made it possible for a migrant worker, say from Bihar to avail of food benefits even when he is in Maharashtra, where he may be working for a few months.

By using the SSOD concept in ONORC, India has created a good data management and governance model while providing the portability of services across geographical barriers. Similarly, the policymakers can consider adopting SSOD principles in their data management and implementing other social welfare programmes, to make them more efficient and provide nationwide portability.

Two-thirds of India’s population, or around 80 crore people, are entitled to subsidized food grain under the National Food Security Act (NFSA, 2013). The targeted beneficiaries under NFSA receive the foodgrain through the public distribution system (PDS).

At the state-level too, the reforms included digitizing all the ration cards and seeding the Aadhaar number for each ration card. With these measures alone, the states and union territories could remove around 4.39 crore fake, ineligible, duplicate ration cards between 2013 to 2020. Further, to make ONORC possible, states have shared their ration card databases with the union government, creating a central-level database. By now, 34 states have implemented ONORC, while two more states — Chhattisgarh and Assam — are likely to get on board within a few months.

Those entitled to get subsidized food grains are already availing the benefits of ONORC. Presently, a monthly average of about 2.2 crore portability transactions (including inter-/intra-State and PM-GKAY foodgrain transactions) are being recorded in ONORC.

There are four main ways in which ONORC incorporates the SSOD principles:

Data collection close to the source of data: States collect information about ration card-holders, such as their names, age etc., at the unit closest to them, such as at village level. In addition, beneficiaries’ credentials are validated using biometrics and Aadhar card details, reducing the possibility of fake beneficiaries making the data reliable and non-repudiable data.

Creation of a centralized database: Though ration cardholder data is collected and managed by states, it is also shared with a centralized database and updated periodically. By seeing all state-level data on a single, central dashboard, policymakers can get the big-picture of what’s going on across the country. This data can be used to support budget baselines, help data-based cost estimates of projects, remove duplicate beneficiaries and for setting performance benchmarks for departments.

Real-time data sharing: The ONORC platform has been set up such that when a beneficiary makes a transaction, both the state and central-level databases are updated in real or near real-time. For instance, when a person from Bihar withdraws food grains from Delhi, the system sends a message to the centralized database, Bihar, and Delhi databases, that a transaction has happened. This reduces the chance of ‘double-dipping’ where a person can withdraw grains from two places simultaneously.

‘Minimalism’ by design: While each state collects the beneficiary and the transaction details in their own way, the central database extracts only that information which is present across all the state databases using APIs. This allows states the freedom to continue collecting data that they feel is necessary.

The Backbone for Other Welfare Plans

ONORC isn’t the only programme that has implemented SSOD. Its principles were used to execute India’s LPG subsidy reform. In this, customer data that was being held across databases of three different oil marketing companies was collated in one place. This single database of beneficiaries allowed authorities to identify and weed out 4.49 crore duplicate, fake and non-existent beneficiaries. That saved the exchequer INR 71,301 crore, as on March 31, 2020.

Multiple other government welfare programmes can implement these principles to make them more efficient and effective.

The Single Source of Data principle can support various health initiatives for maternal and child health. Studies have shown that women who work as migrant labour have poorer health outcomes. These women often return home and by the time they get registered for health services, their pregnancy is in the last stages, compromising crucial health care for themselves and their unborn child. Solutions that include the portability of these services can be a huge step in ensuring better health outcomes.

Government’s much ambitious Pradhan Mantri Jan Arogya Yojana (PM-JAY), popularly known as Ayushman Bharat that aims to provide health insurance to 500 million people can be made portable through the SSOD principle to ensure that migrant people continue to get health cover as they move.

One prime use case would be in the world’s largest public-works programme provided under the Mahatma Gandhi Rural Employment Guarantee Act. In this, the government guarantees at least 100 days of employment to every rural household. Households can avail of this programme within a radius of five kilometers of their village, and in some cases, it is available at the block level. However, if the programme could be made portable, it would allow villagers to find employment anywhere in India.

This blog first appeared as an Op-ed in the ET Government on September 30, 2021. 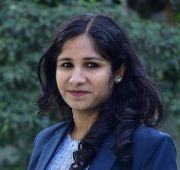