MicroSave’s pilot study in India highlights barriers, best practices and a roadmap to implement the ambitious, policy initiative of transferring the government benefits directly into the Aadhaar linked accounts of the beneficiaries.
Download Resource

The hugely ambitious, policy initiative of transferring the vast majority of central and state government benefits, entitlements and subsidies, as e-money, directly into the UIDAI Aadhaar linked accounts of the eligible beneficiaries was announced by the Prime Minister of India on the 26th of November 2012 at the first meeting of the National Committee on Direct Transfers.

Given the scope and scale of work involved and the rudimentary state of the agent network, and indeed the technology infrastructure needed, to make G2P happen in India, the work being contemplated is truly massive. MicroSave case studies on barriers and best practices in some of the UIDAI demonstration districts show that front-end processes are usually manual (even where technology could be effectively employed). They involve multiple hand-offs (often between unconnected departments, such as block officials to bank managers in the district, who have virtually have no reporting responsibilities to the district administration); lack clarity on ownership, roles and responsibilities; and have limited opportunities to learn from more optimal solutions that might have emerged elsewhere. The problem is further compounded by significant variations across districts in: (a) the level of maturity and automation (IT or technology enablement) within the state or the district, and within the specific beneficiary programmes; and (b) the motivation and ownership of the officials driving the programmes.

But there are important and laudable successes emerging, which we document in Aurangabad and in East Godavari; although East Godavari is also the site of experiences that highlight some of the many challenges that lie ahead. 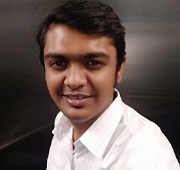 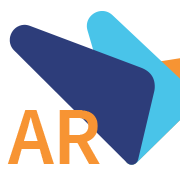