We are looking up to business correspondents in the pandemic; but what are they looking at?

The business correspondent (BC) network in India has become indispensable for last-mile financial service delivery across urban and rural centers. In light of the current pandemic, our note highlights the challenges BC agents face while providing services in far-flung unbanked areas.
Download Resource

The network of business correspondents has become indispensable for delivering financial services at the last mile across India. In light of the COVID-19 pandemic, our note highlights the challenges BC agents face while providing services in far-flung areas with limited access to banking infrastructure.

The welfare and economic growth of a nation depend greatly on how well its citizens can access financial products and services. While all the entities in the banking industry have been making tremendous efforts to bring everyone into the fold of formal financial services, there is still a significant gap between the understanding of policymakers and the actual ground reality. In this note, we talk about the business correspondent (BC) agent network in India that has become the backbone of delivering financial services at the last mile across urban and rural centers.

Less than 15% of villages in India have a brick-and-mortar bank branch. In the remaining villages, BC agents are the only transaction point for customers. COVID-19 has magnified the importance and agility of this network. With close to 1 million agents who cater to approximately 340 million people in face-to-face transactions, the agent network in India has become particularly indispensable in the current scenario.

Following the nationwide lockdowns that started from 27th March 2020, the Government of India announced two relief packages amounting to ~USD 260 billion, an estimated 10% of GDP, for the vulnerable communities in the country. This was a part of the Pradhan Mantri Garib Kalyan Yojana (the Prime Minister’s welfare program for the poor) to minimize the difficulties faced by the poor amid the lockdowns. The government classified BC outlets as an essential service to ensure timely and hassle-free payments to the beneficiaries.

Ongoing research by MSC (MicroSave Consulting) indicates the footfall of customers at these BC outlets in the aspirational districts has increased, or even doubled in some instances. In such times, BCs are taking immense risks to provide financial services, especially owing to limited access to resources to ensure safe and smooth operations. While the citizens praise the efforts of BCs, their struggles and hardships go unnoticed.

Due to the limited mobility of people during the lockdown, access to financial services has suffered in unbanked villages where beneficiaries usually have to travel upward of 5kms to reach an agent point. District administrations have placed the responsibility of providing financial services in such villages on BC agents.

In Nandurbar (Maharashtra) and Sonbhadra (Uttar Pradesh) districts, for instance, some agents have taken up these additional responsibilities. They travel periodically to designated panchayats to provide cash-in cash-out services. This has led to an increase in travel expenses, increased trips to the bank branch for rebalancing cash floats, and resulted in the loss of opportunity to cater to customers who throng their fixed agent kiosk.

With increased footfall, despite the staggered DBT payment plan, overcrowding is a challenge and poses a greater risk of infection as well as security. Ensuring social distancing and hygiene protocols has become cumbersome but essential for the BC agents. The banks and the district administration have issued numerous guidelines for customers queuing at agent points to access their government payments. While agents are using disinfectants to sanitize the biometric authentication devices, not all of them are well-equipped to handle the crowds.

The administrations of the aspirational districts of Bahraich (Uttar Pradesh), Dhubri (Assam), Kalahandi (Odisha), and Sheikhpura (Bihar) among others, have taken extraordinary steps to provide agents with police support. Yet in most instances, agents have to fend for themselves and use volunteers or hire additional help to ensure that customers follow social distance and hygiene protocols. Along with regular overheads, such as rent and electricity, agents incur costs to hire additional support at kiosks, buy masks and sanitizers, and make increased trips to rebalance at the bank.

Health risks to agents are real. On average, BC agents interact with 80-100 beneficiaries per day, making them extremely susceptible to COVID-19 alongside scores of beneficiaries. In the eventuality of an infection, the agents’ source of livelihood will be at risk. In contrast to health workers (ASHA and Anganwadi), only a handful of agents have insurance cover.

At a time when everyone from the government to banks has been hailing the extraordinary efforts of BC agents, we believe banks and BC network managers (BCNMs) must offer them greater support to serve the last mile. Ensuring that agents remain motivated and receive adequate support is important. If agents were to shut shop, banks will be unable to handle the added pressure of customers.

For instance, the Khillod block of Khandwa district has a population of over 48,000. Currently, one bank branch and several BC agents serve the block. If all BC agents were to shut down, the bank branch will not be able to handle the surge of beneficiaries wanting to withdraw money. We estimate that without agents, approximately 4,000 beneficiaries will line up at the branch each day in this block alone.

We list a few focus areas that the government should consider for the welfare of agents. Some banks are already taking initiatives, but there is a need to standardize and scale these efforts so all BC agents get the requisite support. We also provide examples from the field on what has worked in a few aspirational districts and can be replicated in other districts.

The Kursakanta block in Araria (Bihar), for instance, has 28 BC agents who cater to a population of 149,231, with only two bank branches in the block. Large-scale withdrawal transactions mean that agents run out of cash frequently. This hampers their rebalancing needs even in pre-Covid-19 times and has made these times of high cash withdrawals especially difficult to manage. In this context, two practices are helpful and should be enshrined in policy by all banks:

In different aspirational districts, the administration has asked the police to support agents and provide them security. However, this is available only on a call basis. In Goalpara (Assam), the district administration has roped in members from youth-based organizations such as Nehru Yuva Kendra. Other districts should also rope in such institutions as well as civil society organizations to assist them in managing security at the agent point.

Several banks have provided a variety of incentives and grants to their BC agents. Some banks have offered agents a one-time payment to cover the costs of protective gear, such as sanitizers and masks. For instance, the Maharashtra Gramin Bank has provided INR 2,000 (~29 USD) to allow agents to purchase masks, sanitizers, and gloves. The State Bank of India, UCO Bank, and Bank of Baroda have also announced similar incentives.

Some banks have also announced additional payments as incentives. For example, the Bank of Baroda pays INR 100 (~1.3 USD) each day the agent is active to help cover the cost of transport for rebalancing. Similarly, some banks provide insurance cover to agents. For example, the Bank of Baroda has provided a health cover of INR 60,000 (~790 USD) and ex-gratia payment of INR 1 million (~13,000 USD) in case of loss of life to each BC agent.

While these incentives are helpful, different banks have adopted different policies. This also includes scenarios where a bank may not extend any incentives to agents at all. Given that all agents provide similar services and are crucial in the efforts of the government to provide “near-by” banking services, some level of uniformity in the support or incentives they receive is essential. It is also imperative to note that the incentives currently on offer are for a specific, limited duration. The incentive packages must continue for as long as the health emergency continues.

This is also an opportunity to revisit and restart old but relevant debates centered on increasing commission rates for processing government payments and hence improving the viability of agents. MSC’s ANA India Report in 2017 found that agents’ revenue ranged from USD 2 to USD 770 (INR 150 to INR 58,000). While the top earners might be earning in six digits, many agents are still on the poorer side of three-digit income. Low commissions coupled with low footfall have resulted in agents having to shut shop in some rural areas, especially in the aspirational districts.

3. No touch transactions to reduce risk

Given that many users are uneducated, biometric authentication becomes a necessity. There is, however, a need to develop and popularize non-touch authentications that may work for uneducated people. For instance, IPPB has retained the OTP option for authenticating transactions at the last mile. Another way to limit the risk of infection would be to forgo agents’ fingerprints before every transaction. QR codes could be used both to identify customers (similar to merchant QR codes) and to conduct transactions. Near-field-communication, facial recognition, or voice authentication, or a combination of all three methods can be tested.

4. Respond to queries and grievances to maintain trust

The transactions carried out by BCs have increased significantly during the lockdown. This has put an added load on bank servers—there are multiple instances of interrupted transactions due to such server downtimes. In this case, instant grievance resolution support should be provided to the agents quickly and easily. Our experience in aspirational districts is that customer service executives are not equipped with information about pro-poor schemes and government support measures. Training executives to provide accurate information about scheme details, schedule for withdrawal of cash transfers would help reduce information asymmetry and build trust among customers. Further, district administrations as well as banks must ensure that bank-led customer service numbers are widely available to the beneficiaries.

5. Support agents to motivate them to stay the course

Lastly, agents would need and appreciate proactive support by managers of banks and BCNMs. Agents are under pressure and are putting in extra hours to keep up with increased footfall. Empathy and encouragement from line managers will help maintain their motivation. Some empathy will go a long way in establishing goodwill with these frontline workers as they continue to deliver critical financial services.

Despite all the difficulties in these grim times, BC agents are working hard to ensure that the poor do not suffer. Both the government machinery and banking infrastructure need to identify ways to incentivize the additional work and travel that agents have been forced to do. Providing agents with adequate insurance cover and physical security will enable them to discharge their responsibilities more effectively. This would not only ensure that India is prepared better for any impending national emergency but would also provide higher levels of financial inclusion consistently across the country.

A version of this blog was also published on the NITI Aayog website on 3rd of June, 2020 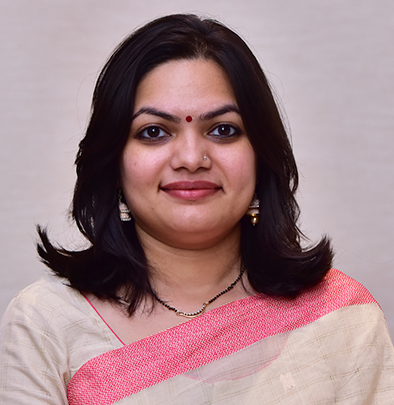 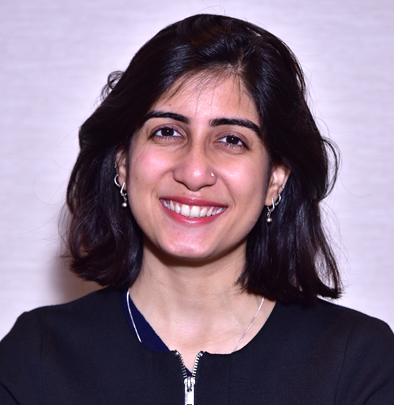 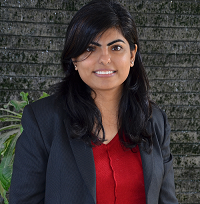 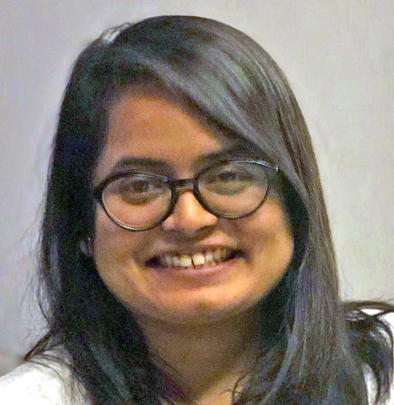