Whrrl: A blockchain based disruptive financing model for agricultural practices

Whrrl is a start-up that helps small and marginal farmers, traders, and producer companies raise working capital through warehouse receipt financing. It uses blockchain technology to create an immutable record of the collateral, which reduces the risk of fraud in the lending process and helps farmers secure loans at lower interest rates.

This blog is about a startup under the Financial Inclusion Lab accelerator program, which is supported by some of the largest philanthropic organizations across the world – Bill & Melinda Gates Foundation, J.P. Morgan, Michael & Susan Dell Foundation, MetLife Foundation, and Omidyar Network.

Agricultural credit: A myth or reality?

India has a fragmented agricultural system and is largely unorganized and unstructured, due to the presence of multiple levels of intermediaries spread across the agriculture value chain. Among 145 million Indian farmer households, 87% are small and marginal farmers (SHF), who own less than 2 hectares of land. With limited landholding and meagre sources of income from the farm, SHFs struggle even for sustenance. Agricultural reforms such as priority sector lending and farm loan waivers do not help much as access to institutional credit is still a distant dream for many SHFs. Most formal financial institutions are reluctant to offer credit to SHFs due lack of collaterals, absence of a formal credit history, and the inherently risky nature of agriculture. Turned away from formal sources, or wary of long turnaround times to process loans, SHFs usually turn to moneylenders for instant loans. These lenders charge exorbitant interest rates, which sometimes go as high as 75% to 350% per month. Burdened with past debt, farmers are compelled sell their produce to local traders at a loss to get cash quickly. The cycle of debt starts again as they take another loan to prepare for the next season. With shrinking profits, negligible or no savings, and the burden of yet another loan, these farmers remain trapped in a cycle of poverty, which leads to tragic endings like suicide.

But warehouse receipt financing (WRF), which offers small and marginal farmers a way to avail credit at cheaper rates from formal financial institutions, could be a game-changer and a life-saver.

What is warehouse receipt financing?

Warehouse receipt financing has been around in India since the 1960s. The Government of India enacted the Warehousing Development and Regulation Act (WDRA) in 2007 to develop and regulate warehouses and introduce a negotiable warehouse receipt system.

When commodity prices take a temporary dip due to a bumper harvest, small and marginal farmers can store their produce in warehouses while they wait for the prices to rise again. The warehouse provides farmers with a receipt once they deposit the produce. Farmer can then use these receipts, which contain details like the quantity and value of produce as per the current market rate, as collateral to negotiate short-term credit from financial institutions. Post-harvest credit can help farmers avoid distress sales, pay off previous loans, buy farm inputs for the next crop, and meet other expenses.

Ashish, the co-founder of Whrrl, started his career as a chartered accountant and later moved onto debt syndication and financial advice to MSMEs. Ashish started to explore blockchain technology in 2018 in a bid to build an end-to-end solution for MSMEs. He co-founded the Blockchain Advisory Council (BAC) – an advisory and consulting firm specialized in blockchain and information technologies to explore the use-cases of blockchain in different industries across India. 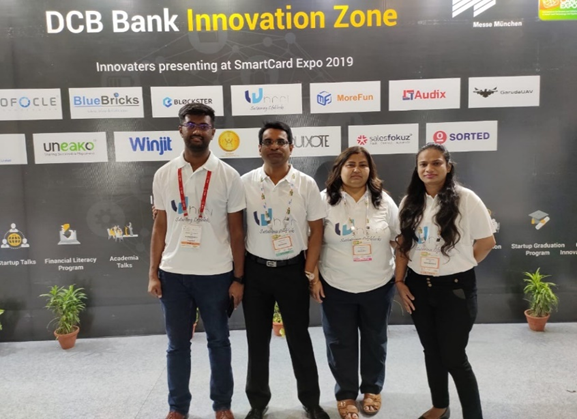 Ashish developed an interest in WRF after reading about the Qingdao scandal, which involved the fraudulent use of warehouse receipts to raise finance. He researched the Qingdao scam and discovered that the agricultural warehouse frauds in India, which are also driven by forged receipts, are very similar to it.

Angry and with a firm resolve to solve this problem, Ashish decided to leverage his knowledge on blockchain technology to overcome gaps in traditional agri-warehouse lending. He discussed this idea with Abhishek Bhattacharya—a blockchain developer and Paul Scott—a tech entrepreneur, both of whom Ashish had met during his stint with BAC. The three joined hands as they saw an opportunity to create a positive impact on the lives of millions of farmers. Later, Ashish also roped in his wife Falguni Pandit, a tech professional. And thus, Whrrl was born, turning this idea into reality.

Whrrl works on a disruptive model unique to the current scenario. It collects data from warehouses and feeds it to its blockchain system, which creates an immutable record of the collateral.

This helps lenders take better decisions by cutting out intermediaries. It also helps mitigate fraud due to the inherent features of blockchain—immutability, transparency, and real-time availability of the latest relevant data values on the network. These features enable financial institutions to estimate the value of the collateral (agriculture produce) accurately and, in turn, lend to SHFs and FPCs at reasonable and affordable rates.

Whrrl differentiates itself from traditional warehouse receipt (WHR) instruments in the following ways:

Whrrl started its journey as a B2B platform. The founding team soon realized the need to move beyond the B2B space to create a direct impact on the farming community and make the lending process transparent and quick. To help borrowers overcome the tedious and time-consuming process involved in the disbursement of agri credit, the team developed a mobile application in late 2019.

Achievements and the impact made so far

In its journey so far, Whrrl has:

Though Whrrl believes in inclusiveness and does not want to skew its lending toward large farmers, SHF lending is easier said than done. The start-up faced the following two major roadblocks in its journey:

Despite the lockdown and other travel restrictions due to the pandemic, MSC conducted an on-field research study for Whrrl in their suggested areas of Jharkhand and Maharashtra.  The objective was to assess the viability of its WRF product as a credit instrument for small and medium farmers, traders, and FPOs. 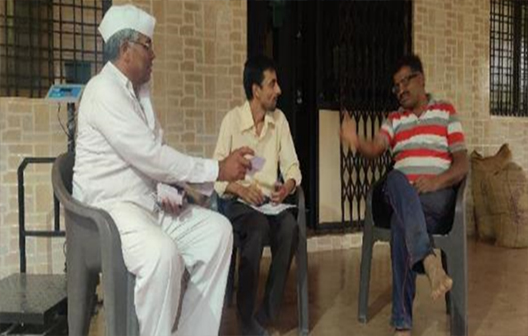 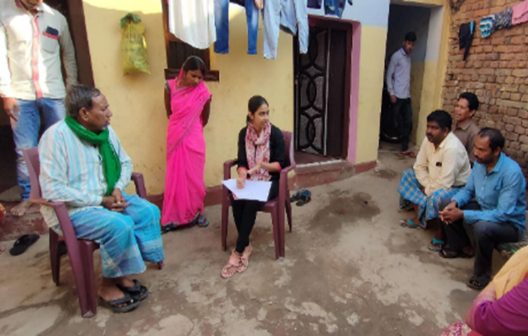 The study assessed the role of various players in the WRF value chain, such as farmers, FPOs, warehouse managers, and traders across Madhya Pradesh, Jharkhand, Haryana, Uttar Pradesh (UP), and Maharashtra. This helped Whrrl to understand the credit needs of its target segment better and to build a marketing and communication (MarCom) plan to enhance farmer outreach and make SHFs aware of the convenience WRF offers. The MarCom plan captured the nuances of pitching WRF product and communicating with the farmers.

Based on insights gained through the Lab, Whrrl started to develop a phygital (physical and digital) marketing and implementation strategy. They are using MarCom plan to enhance the productivity of their sales team through trainings and aligning the outreach activities across various channels.

Whrrl seeks to solve the working capital woes of the farming community and help farmers increase their income by 25-40%. The team is also ready to make its foray into other parts of the world, particularly in Southeast Asia and Africa. As its first step into the international market, Whrrl will soon start to work with the Sustainable Development Goals (SDG) Impact Accelerator to drive financial inclusion in Bangladesh. The start-up wants to build world-class credit products for the farming community. It aspires to become the solution of choice for asset-backed lending by making credit accessible and affordable, especially for SHFs.

This blog post is part of a series that covers promising FinTechs that make a difference to underserved communities. These start-ups receive support from the Financial Inclusion Lab accelerator program. The Lab is a part of CIIE.CO’s Bharat Inclusion Initiative and is co-powered by MSC. #TechForAll, #BuildingForBharat 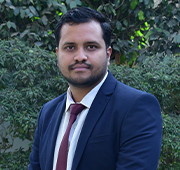 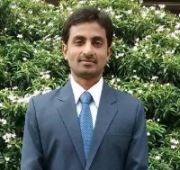 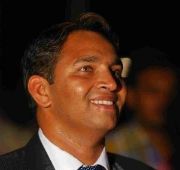