Can the often-criticized P2P FinTech platforms in Indonesia solve the lack of diversity in MSME loan programs?

To help the MSME sector recover from the pandemic, the Government of Indonesia (GoI) has budgeted IDR 123 trillion (USD 8.4 billion) as part of the National Economic Recovery Program (Program Pemulihan Ekonomi Nasional). This blog highlights the opportunities and steps needed for FinTech platforms to support the economic recovery efforts of GoI.

Indonesia’s booming digital economy has also provided a favorable landscape for FinTech to flourish in the country. The country has a vibrant FinTech ecosystem, with more than 300 FinTechs innovating across different product and service categories. The digital-lending FinTechs operate using person-to-person (P2P) lending methodology and are by far the biggest segment of Fintechs. The P2P lending sector is one of the few that operates under a defined regulatory framework.

P2P platforms grew significantly from only six companies in 2016 to 156 companies in September 2020. The growth was spurred by a combination of investors willing to back their business models and a massive need for financing, especially for 64 million-plus MSMEs. These P2P players serve a wide range of segments, including individual consumers and MSMEs. Their loan ticket sizes can start as low as USD 7 for the consumer segment and go up to USD 675,000 for MSMEs. 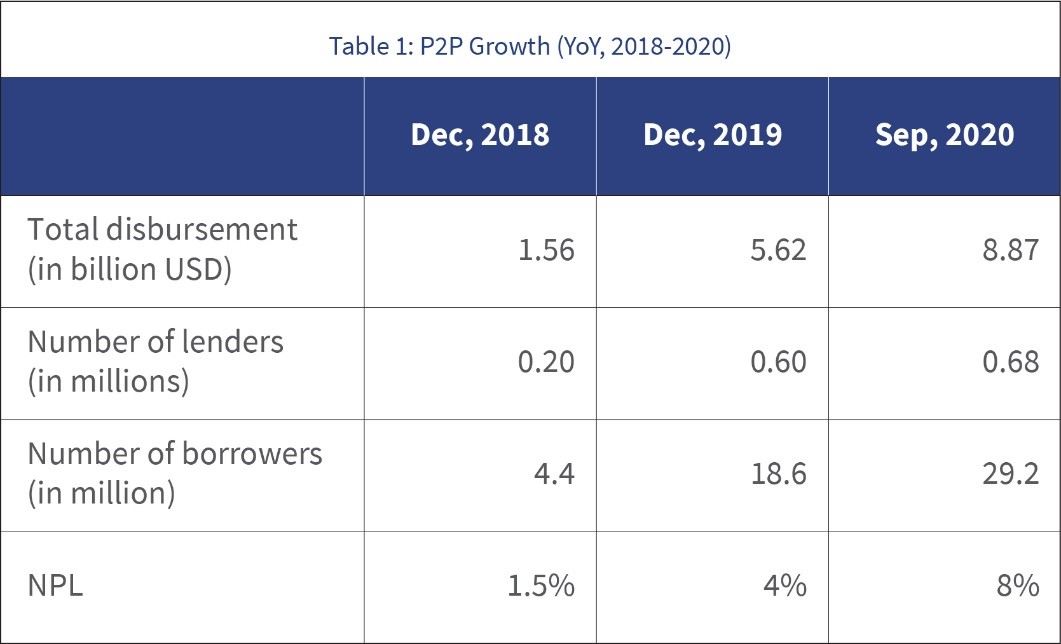 Despite the growth, P2P lending is mired in consumer protection concerns

Though the P2P lending sector has seen exponential growth, it has always been on the regulator’s radar due to the growing number of unregistered or illegal P2P lenders. Such lenders have often flouted the consumer protection guidelines laid down under the regulations. From 2018 until October 2020, OJK had blocked 2,923 illegal FinTech lending platforms.

P2P lenders have also drawn a lot of flak due to their unethical collection practices and abuse of personal data of their clients. Furthermore, P2P lending is mostly centered in urban locations and does not necessarily target underserved segments. For example, the distribution of FinTech lending outside Java Island is only around 14% out of the industry’s total loan portfolio of IDR 128.7 trillion (USD 8.9 billion). While this may put the willingness and ability of P2P lenders to accelerate financial inclusion under question, the reason behind the varying levels of financial inclusion across the nation is also geographical. Notably, infrastructure levels across major island groups in Indonesia vary widely, which affects the ability of service providers to offer their solutions.

Indonesia is reeling under the economic pressures posed by the pandemic and has fallen into its first recession in 22 years. The large-scale social restrictions (PSBB), falling consumer demand, and massive layoffs have affected Indonesia’s MSMEs during the COVID-19 pandemic. Our study shows that revenues for MSMEs have almost halved since the pre-COVID levels and the supply chains at large have been disrupted.

The pandemic has seriously impacted the FinTech sector as well, particularly the P2P lenders that rely heavily on the growth of the MSME sector and consumer spending. As can be seen in figure 1 below, the average monthly growth rate for the new portfolio has fallen while repayment rates have started to fall since the onset of the pandemic in March. 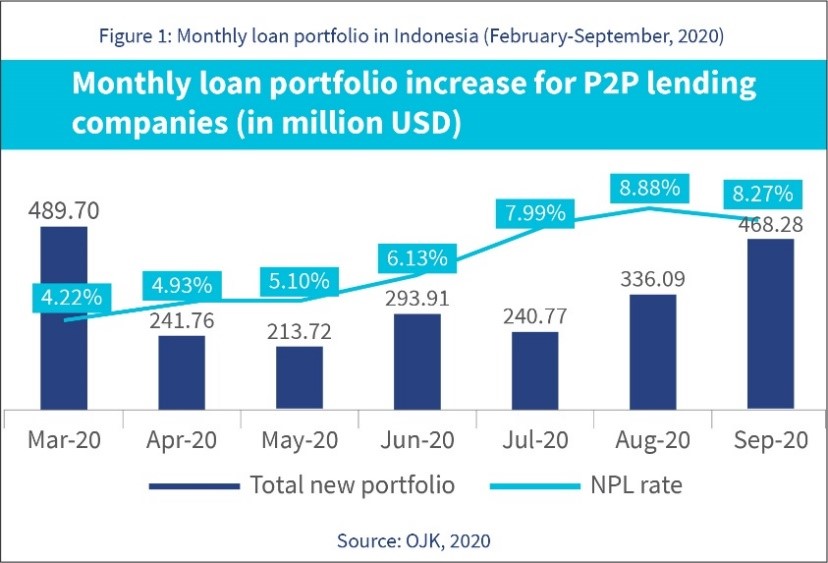 In a bid to support the ailing economy, the Government of Indonesia (GoI) launched the National Economic Recovery Program (Program Pemulihan Ekonomi Nasional or PEN) under Government Regulation Number 23/2020. The regulation authorizes the top 15 licensed banks (in terms of asset base) to channel the PEN funds to designated sectors. A critical intervention of the program is financial support for MSMEs, for which it has allocated a budget of IDR 123 trillion (USD 8.4 billion).

Critical support measures for MSMEs include interest rate subsidies, a moratorium on principal repayments, and extension of loan tenures. These measures apply to all the three major MSME loan programs of the Government of Indonesia: KUR (people business credit), UMi (ultra-micro loans), and Mekaar . For interest rate subsidies alone, the government has allocated a budget of IDR 6.4 trillion (~USD 451 million) to target 8.33 million MSMEs.

Despite the scale of these programs, the GoI has relied heavily on the more traditional channels for distribution. These include state-owned banks, such as BRI, Mandiri, and BNI. In the past few years, the incumbent providers have struggled to meet their mandates for credit disbursement. Therefore, relying solely on these channels to deliver credit during such uncertain time may impede GoI’s efforts to stimulate economic recovery, especially for the MSME sector that will rely heavily on subsidized credit to restart operations in the post-pandemic period.

Given the restrictions in movement, FinTechs have an important role to play in the efforts toward national recovery, especially for the delivery of social assistance. Countries like Singapore and the Philippines have utilized FinTechs to aid in COVID-19 relief initiatives. P2P lenders in Indonesia can significantly complement GoI’s programs, given their ability to implement agile digital delivery processes, especially for loan origination, KYC, credit assessments, and disbursements.

The government and state-owned banks have contracted established P2P lenders to channel loans under PEN mandates, as shown below. 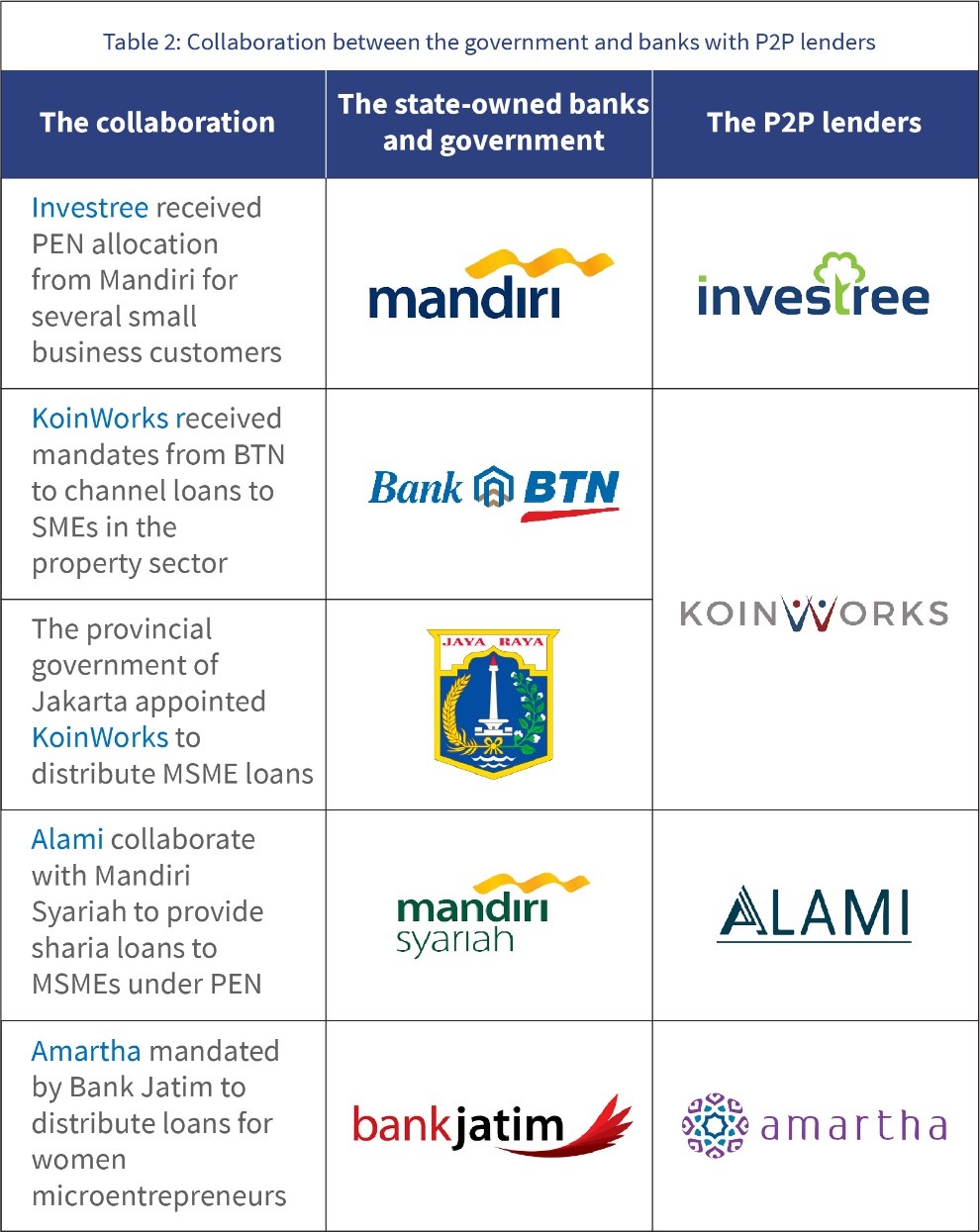 During the pandemic, members of AFPI (the industry association of P2P lenders) compiled and collected data on 25 million MSMEs across different sectors and segments to support the government’s efforts. Besides these initiatives, FinTechs are also most capable of boosting the digital capabilities of MSMEs, a key priority area for the Indonesian government in its path toward economic recovery.

While all these are positive developments and a testimony of the sector’s latent potential, the pandemic may also encourage a revamp of the existing policy framework on the delivery of KUR and UMi loans. The GoI may consider including P2P lenders in the list of eligible service providers for the distribution of KUR and UMi loans.

However, collaboration with incumbent financial institutions, which have some physical presence in remote areas, may soon become the most suitable operating model for P2P lenders. With the digital payment ecosystem still evolving, especially in rural areas, MSMEs may still need to cash out the disbursed funds through a financial access point such as agents, ATMs, or bank branches. The chart shows the presence of financial points near residential communities in Indonesia. 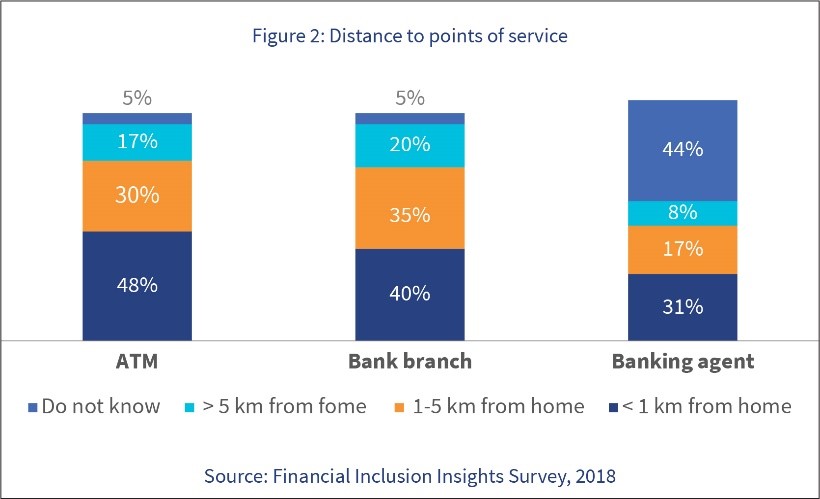 An effective mechanism of incentives and risk sharing will be essential to encourage the participation of P2P lenders in the delivery of government loan programs. The business model of P2P lenders depends on platform fees that range between 3%-5% and varies depending on the risk profile and customer segments. Given that the owners of many unserved and underserved MSMEs are not tech-savvy and lack digital trails for credit assessment, the P2P lenders may also need to modify their existing delivery processes— which are completely digital.

Such an adjustment may mean additional costs as service providers may incorporate delivery processes that would require physical touchpoints. The GoI need to recognize the existing infrastructure levels in the mandated locations to ensure providers are willing to go deeper and deliver in underserved segments—often in collaboration with existing, traditional financial services providers.

Another key consideration for GoI is taking care of the data protection, to ensure beneficiary data is being collected, stored, and processed in a secured and responsible manner as per the regulatory framework highlighted in the Personal Data Protection Bill. This is critical, given the target segment of KUR and UMi loans, typically underserved micro-enterprises, that might be even more vulnerable to data misuse and digital frauds than the current P2P borrowers, which include SMEs and young millennials.

Despite all the challenges, Indonesia’s FinTechs have matured in the past few years. Their digital products and delivery processes have gone through multiple rounds of iteration as they have tried to serve a more diverse range of customer segments. Now is the time for policymakers to utilize its potential to extend the delivery of the government’s social assistance program and accelerate the efforts to achieve meaningful financial inclusion, especially for 63 million strong MSME sector in Indonesia. 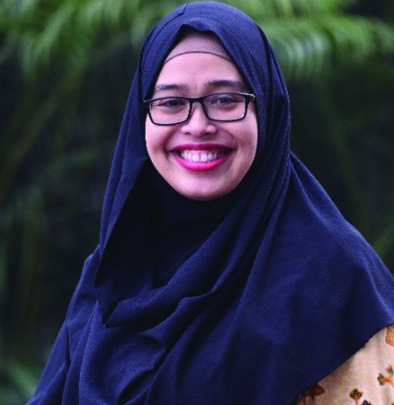 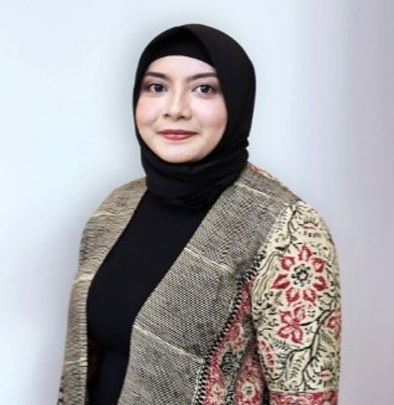 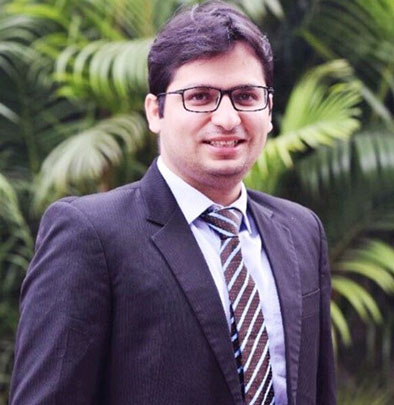 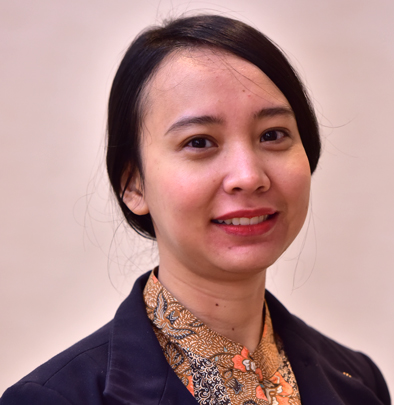